The number of people living in slums in India has more than doubled in the past two decades, and now exceeds the entire population of Britain, the Indian Government has announced. The number of people living in slums is projected to rise to many millions of the total population almost double the population of Britain. Prior to the release of Slumdog Millionaire, Mumbai was a slum tourist destination for slumming where homeless people and slum dwellers alike could be openly viewed by tourists. 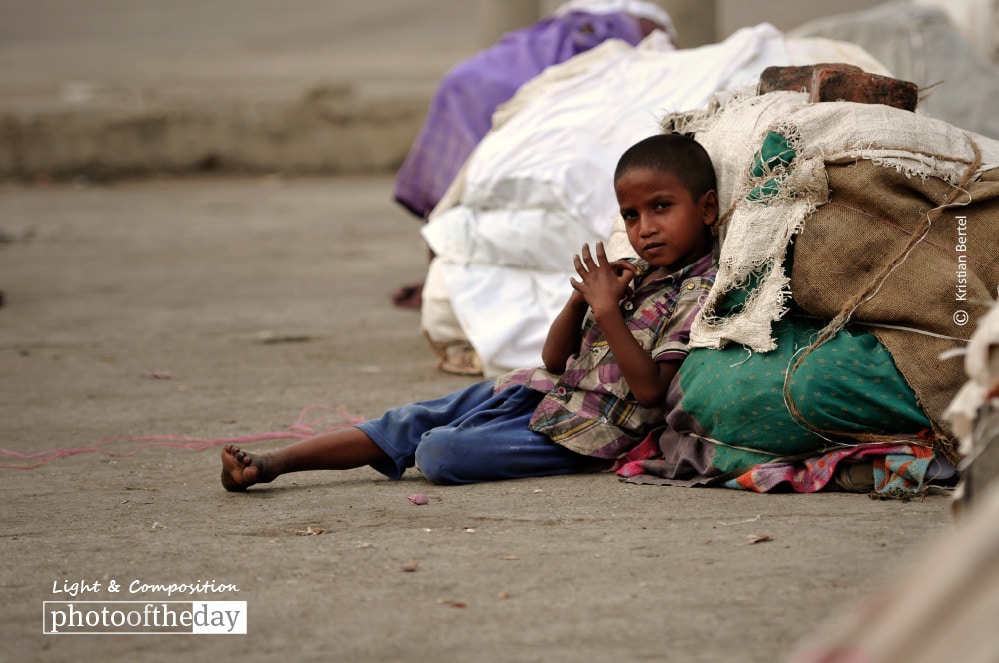 Boys in India, by Kristian Bertel

A Street Photograph in India, by Kristian Bertel

A Gypsy Girl in Dharavi, by Kristian Bertel

A Pilgrim at Boudhanath, by Ryszard Wierzbicki
Scroll to top