I was on my regular lunchtime walk. I decided to walk up Fifth Avenue to 42nd Street past the New York Public Library and return to work by walking back downtown along Sixth Avenue. As I approached the Library I heard this commotion and music. I looked up Fifth Avenue and saw a parade of about a dozen Mitvah Tanks driving past me. A Mitzvah tank is a vehicle used by the Orthodox Jewish practitioners of Chabad-Lubavitch Hasidism as a portable “educational and outreach center”. Mitzvah tanks have been commonplace on the streets of New York City since 1974. Today they are found all over the globe in countries where Chabad is active. The commotion drew quite a crowd. I quickly snapped a shot of one the “Tanks” as they passed before the crowd got too deep. 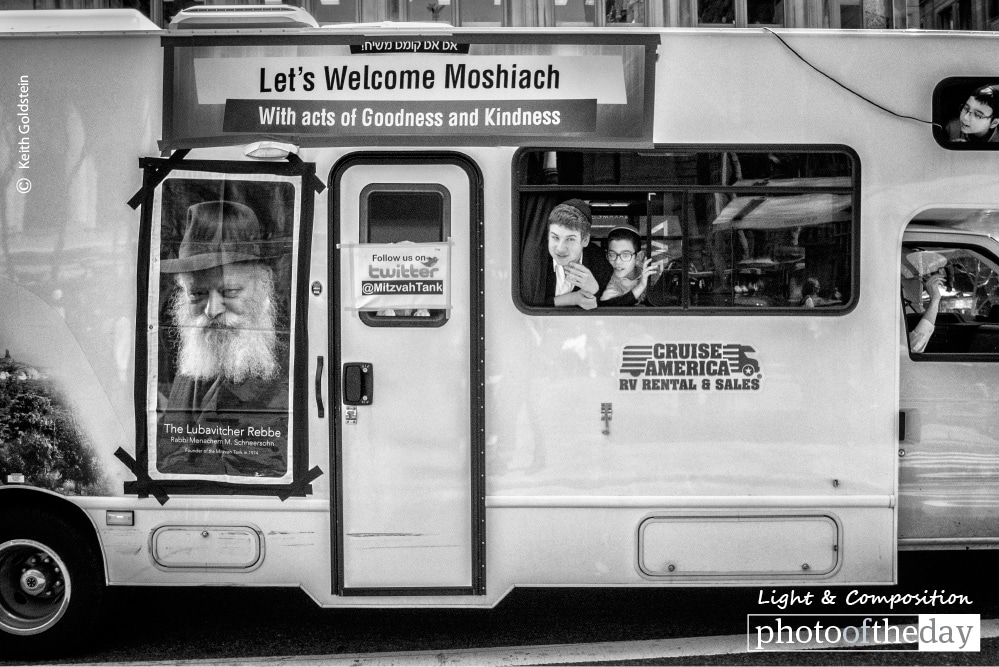 Boys in the Year of the Horse, by Keith Goldstein
0 reviews

The Hooded Boy, by Ryszard Wierzbicki
Scroll to top