Taken at Kaptai National Park, in the district of Rangamati, Bangladesh, this streaked spiderhunter is a species of bird in the family Nectariniidae. It is similar in size to a sparrow, olive yellow in color with multiple darker streaks. It has a long, curved black beak and yellow legs. Below, it is pale yellow streaked with black. Its beak is specially adapted for a nectar diet. 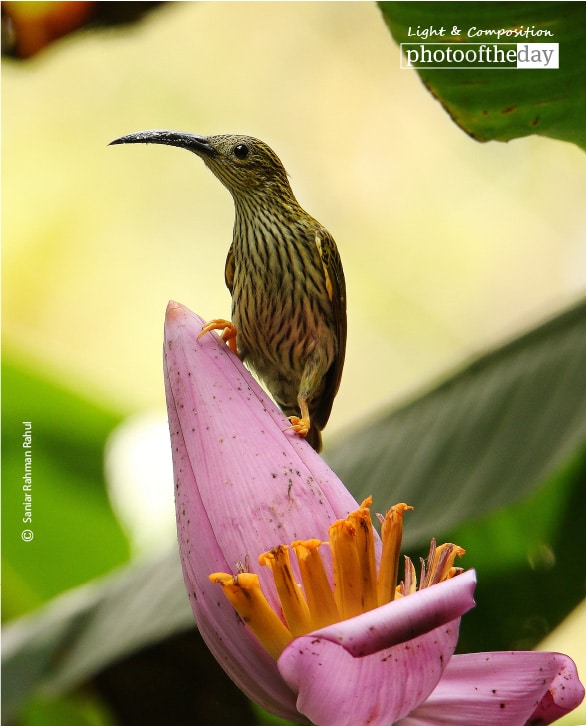 Subscribe Now
Other Side of the World, by Shirren Lim

Acropolis of Athens, by Ola Cedell
Scroll to top