We traveled 2 straight days to visit the Tsaatan nomad village in East Taiga, Mongolia. It was really great to see and experience how they live up in the mountains in such extreme weather conditions. This man is part of the few families that live there. He was very happy for me to take a picture of him standing outside his house. 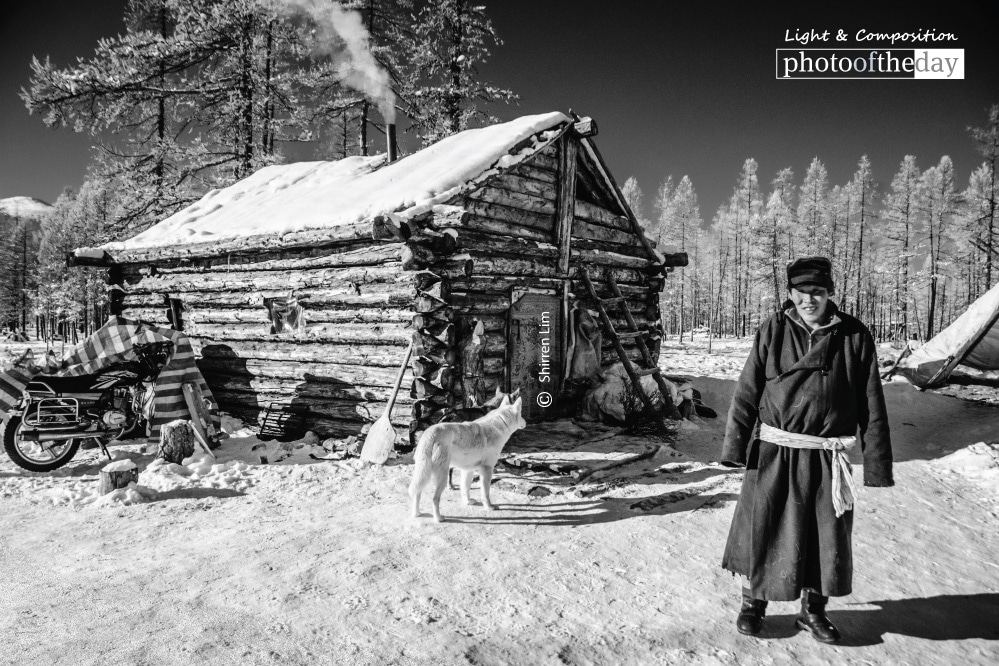