Taken at Kaptai National Park, in the district of Rangamati, Bangladesh, this golden-fronted leafbird is a species of leafbird. It is a common resident breeder in India, Bangladesh, Sri Lanka, and parts of Southeast Asia. The adult is green-bodied with a black face and throat bordered with yellow. 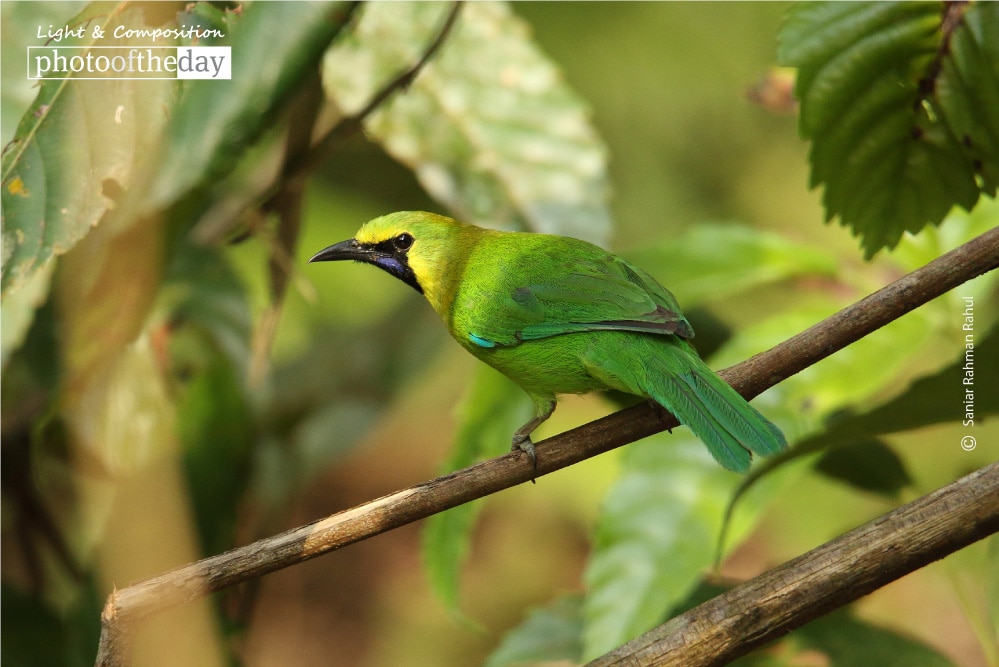