For bird census once yearly I go to Tanguar haor, a unique wetland ecosystem, where nature is rich with hue of green. There, just beside out tent I saw this beautiful Bluethroat in a branch of a tree. Not only this small bird is beautiful but it also has some magnificent patches of blue in its throat, which gives it the name. 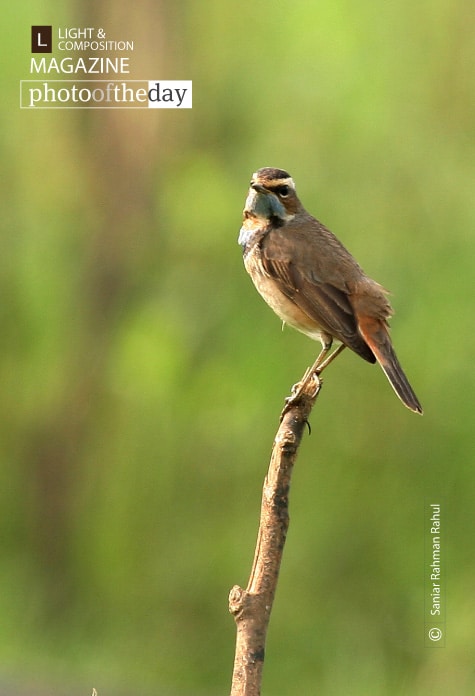 A Morning with Solidity, by Nazmul Shanji