That day, we woke up to a freezing morning all geared up to begin the horseback ride up the mountain at Modon Hoshoo, Saksai Village in Western Mongolia. It was about an hour’s worth of horseback riding. By that time, I could hardly feel my hands and feet. As soon as we arrived, we went straight for a hot cup of coffee toward the hands that were nicely provided by our tour guide. In that moment, I surveyed the landscape and took this photo. I love how the white horse act as a foreground to the way the landscape meanders in the background. 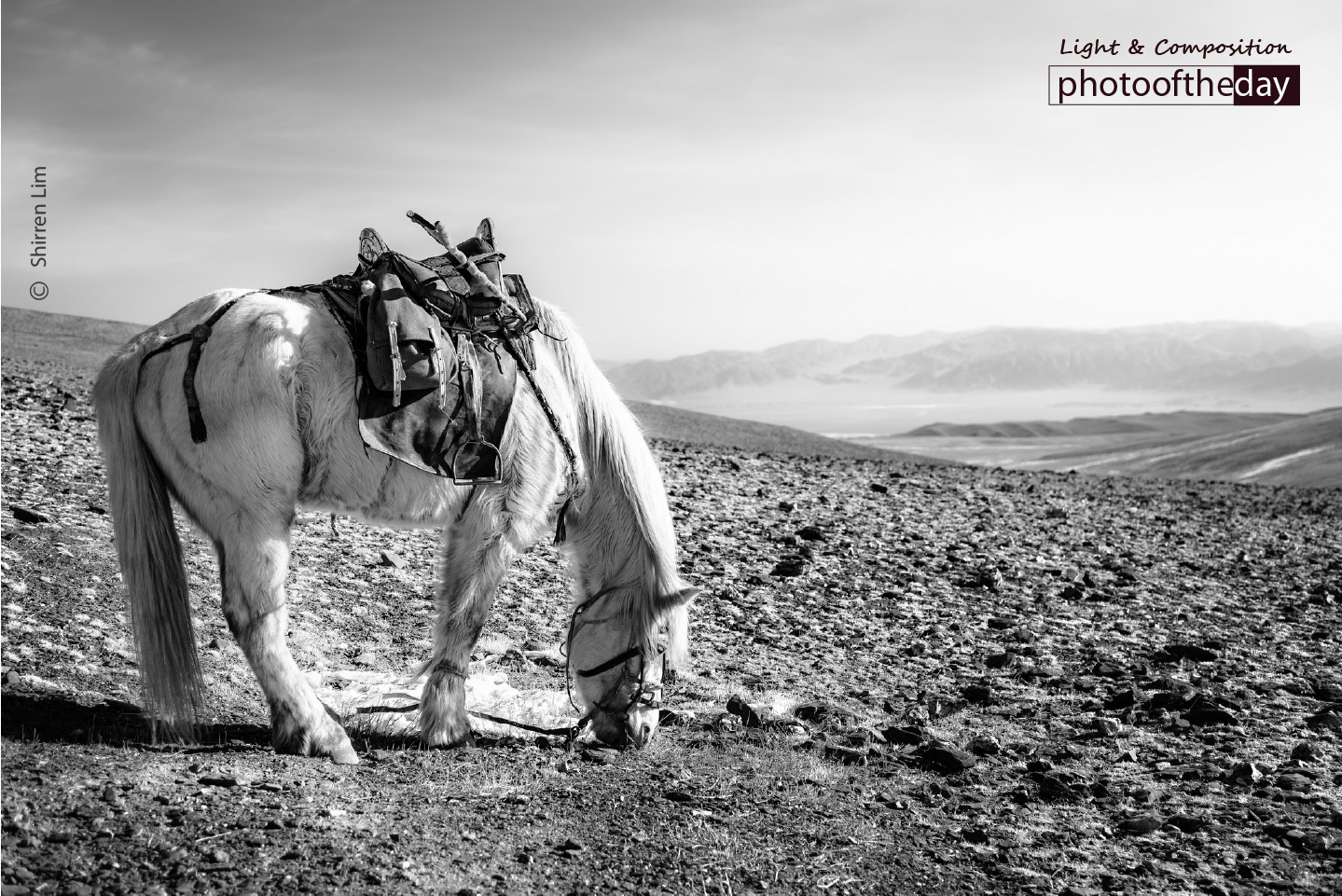