On my Northern India trip, I stopped by to visit the Sam Sand Dunes, which I’m told is the highlight of any Jaisalmer exploration. I stayed overnight in a camp to enjoy the special dance and music performance by Rajasthani performers. The whole experience with a bonfire during the night under the star-lit sky is simple magical. The next day I headed out to the Sam Sand Dunes for the camel. After a while, we decided to stop and chill out while waiting for the sunset. I waited until the background was clear of tourists jeep and took several shots of this moment. The look of the boy, man and camel together reminds me of something from a bygone era. 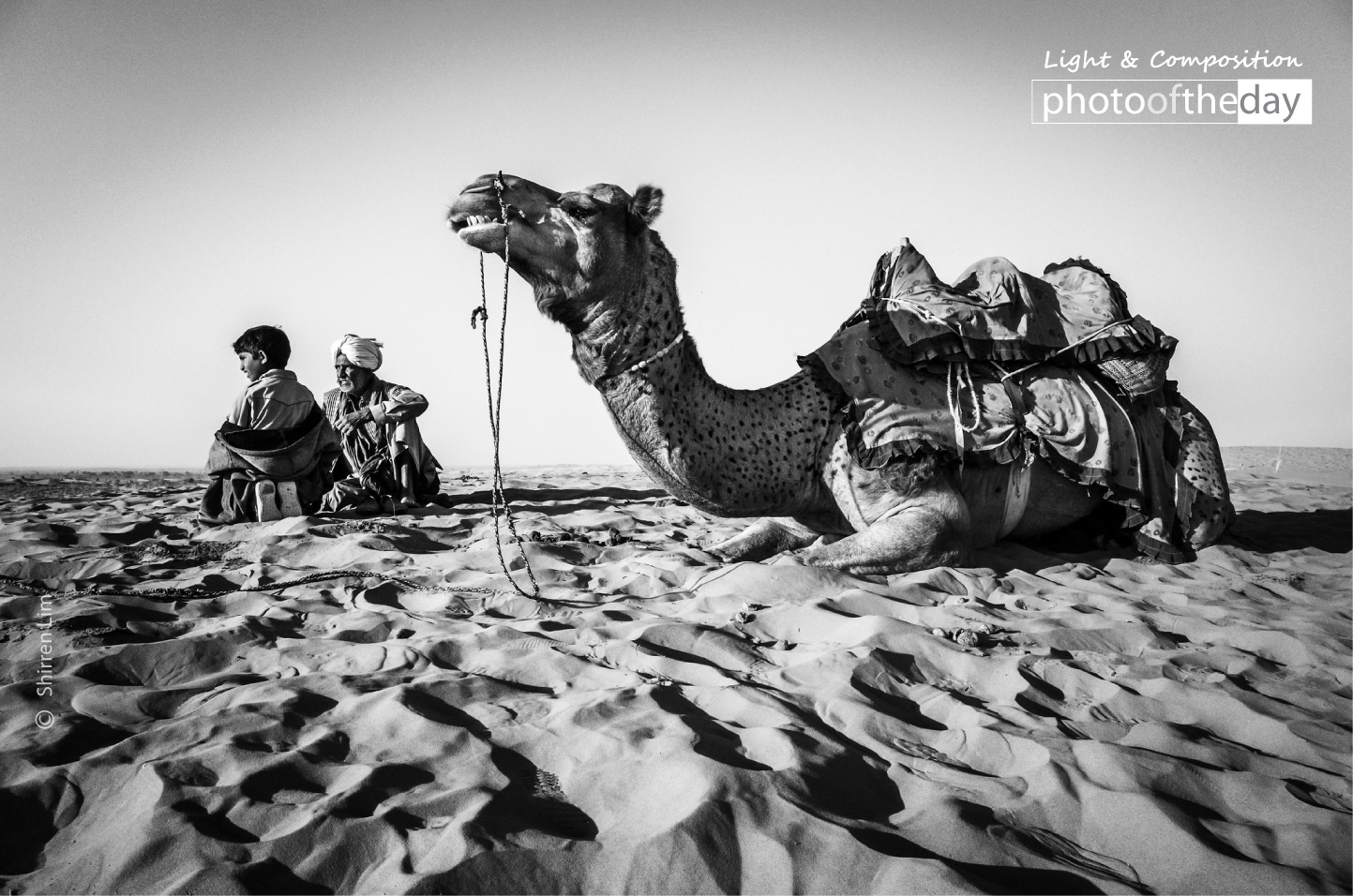 A Face in the Crowd, by Shirren Lim
0 reviews

Subscribe Now
The Secret of the Mirror by Samira Rahmati