Taken at Kaptai National Park, in the district of Rangamati, Bangladesh, this Purple-throated Sunbird is a species of bird in the Nectariniidae family. Its natural habitats are subtropical or tropical moist lowland forests and subtropical or tropical mangrove forests of Maratua and the Philippines. Some seasonal movements recorded in South Assam and Tripura in India, Hill Tracts areas in Bangladesh, Thailand, Peninsular Malaysia, Sumatra and in Borneo. 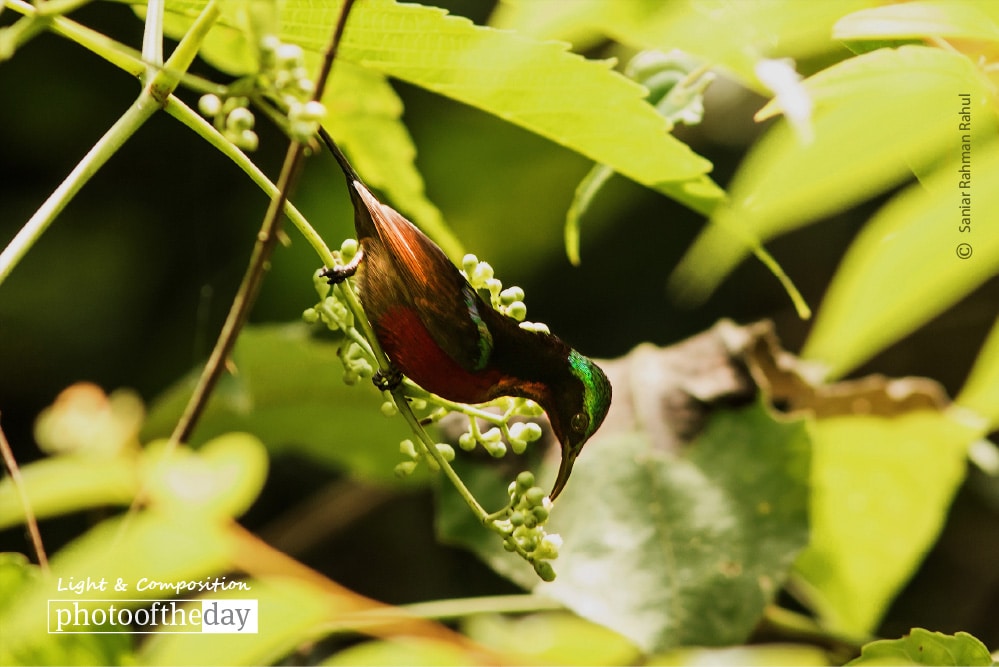