Here is one of my favorite subject, urban exploration. I shot this image in an abandoned factory close to Milan. The door was the only way to exit from the building; I was captured by the light of the midday sun that comes through. 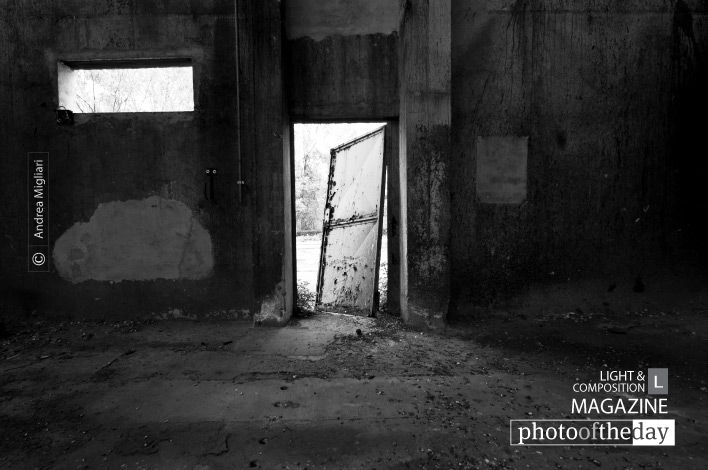