Each day as I would cross the Emmett Shelton Bridge in Austin to get to my home in Westlake, I would marvel at the depth of color and beauty of the leaves reflecting in lake. This particular year the leaves were more beautiful than I had ever seen before. One morning I grabbed my camera and dashed off to the area of the bridge and decided to shoot a few shots of the trees and lake. Everything came together that day and sometimes magic happens. 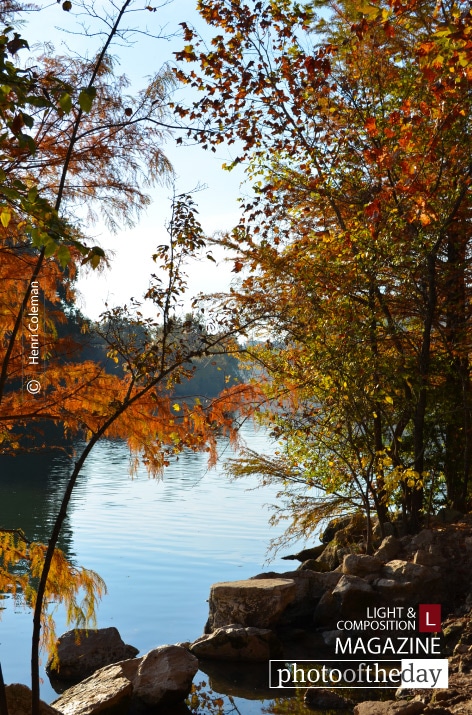 Is It Safe To Come Out?, by Tisha Clinkenbeard

Are You Bored?
Scroll to top