Taken at Muhuri Dam, a scenic spot surrounded by dams on four sides near the estuary of the Bay of Bengal, the osprey is a diurnal, fish-eating bird of prey. This bird is also called sea hawk, river hawk, and fish hawk. It is brown on the upperparts and predominantly greyish on the head and underparts. The osprey tolerates a wide variety of habitats, nesting in any location near a body of water providing an adequate food supply. 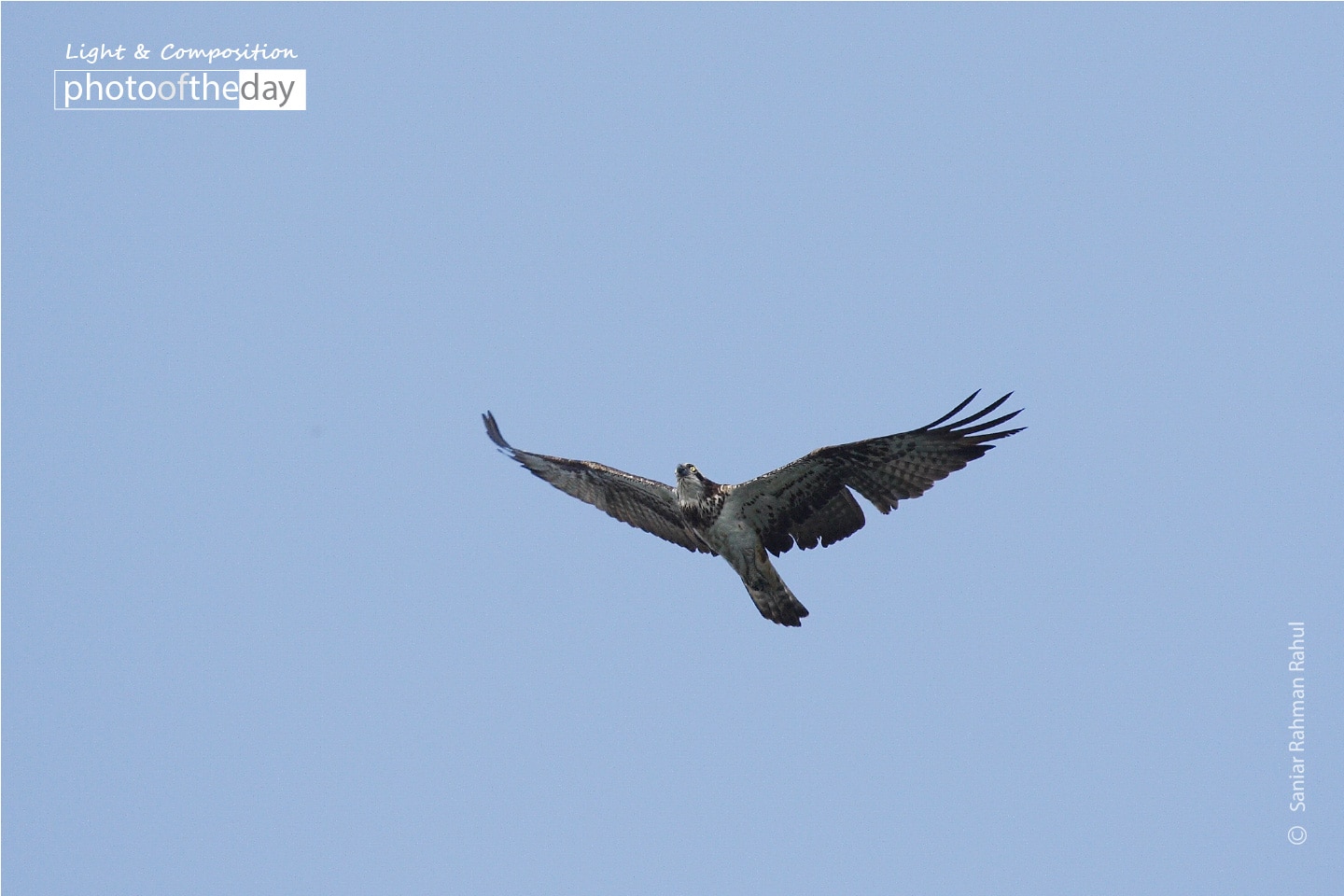