I took this photograph of the Brown-headed Gull last year in the month of February during the AWC (Asian Water Bird Census), for which we traveled to Domar Chor of Nijhum Dwip, a small island under Hatiya upazila, Noakhali District, Bangladesh. The brown-headed gull is a small gull, which breeds in the high plateaus of central Asia from Tajikistan to Ordos in Inner Mongolia. It is migratory, wintering on the coasts and large inland lakes of the Indian Subcontinent. 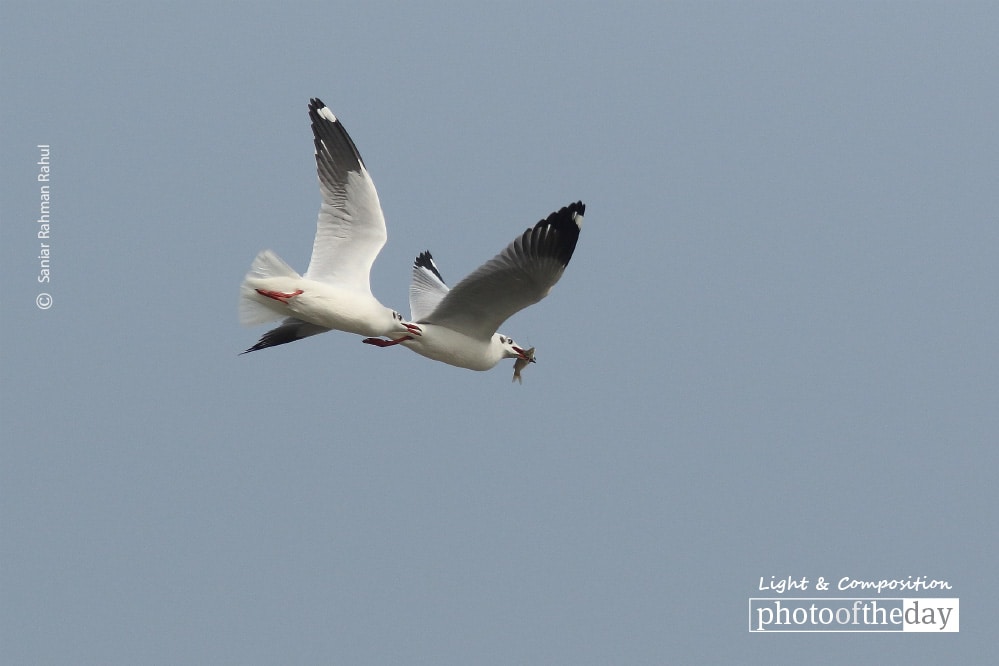