Back in 2014, I went on a photographic journey to explore Tibet. On one of my days, I went to visit Tashilunpo Monastery. It was founded by the 1st Dalai Lama and is a historic and culturally important monastery in Shigatse, the second-largest city in Tibet. While meandering the many stony walkway inside the monastery, I happen to see this old lady sitting on the bench in silence as if in prayer. A wonderful moment I thought that I would like to keep forever. 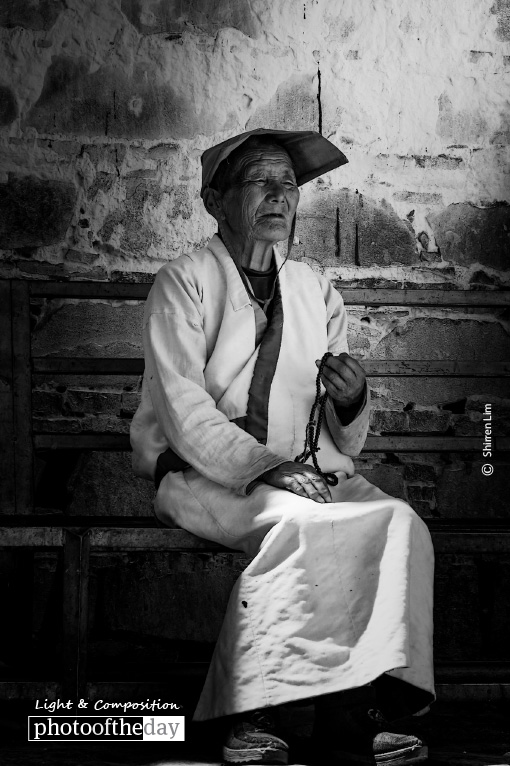 Subscribe Now
The Child, Woman, and a Dog, by Arindam Guptaray

A Roadside Boy in Peru, by Gerardo Simonetti
Scroll to top