I shot this while travelling down from Tibet coasting on the highway into Nepal. I somehow saw this shepherd and this image in my head and told my driver to stop so I could hop out and take this shot. 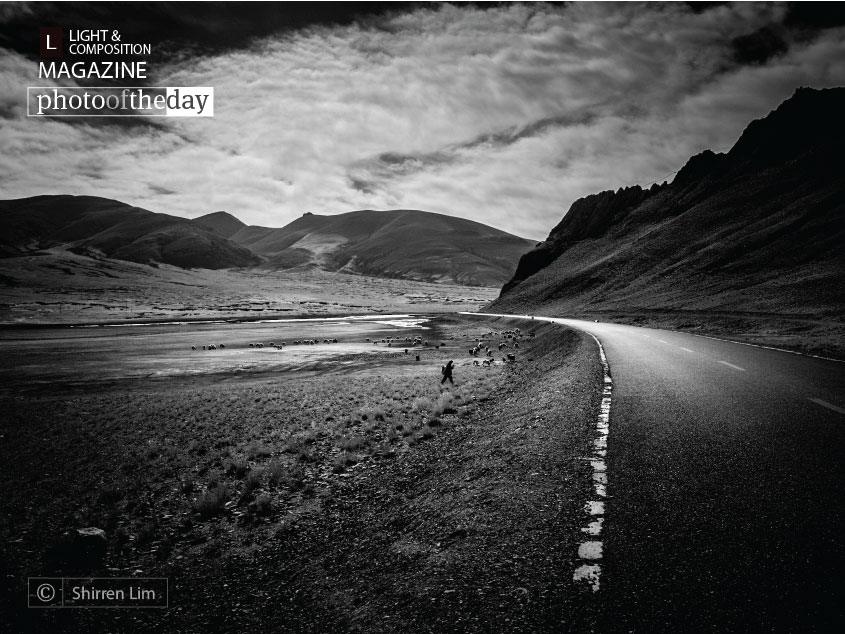