Firiplaka Beach located on Milos Island, Greece simply stunned me. I shot this photo after a small hike up from a dusty side road to get to it. I looked up and I saw it for the first time spread out before me. It sparkled with its fine silver sand perfectly curled around a clear aqua blue bay. Its light coffee colored slice of a mountain jutted down in the distance as if to protect yet embrace the waters. 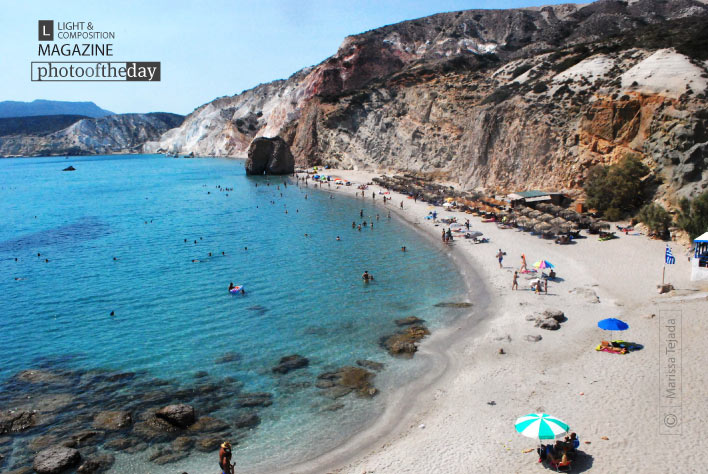 Abandoned Windmills Above the Sea, by Marissa Tejada
0 reviews