Tea, the second most popular beverage in the world, there are many countries which produce tea, among them Bangladesh ranked 10th. However it’s here where the human rights sees no lights, workers are treated like medieval serfs. When they came here first back in 1954, they got into four-year contracts with the companies. That was the beginning of their servitude. More than a century and half or four generations have passed since the tea plantation workers settled in the labour lines. Tea workers spend most of their working time under the scorching sun or getting soaked in rains. A woman tealeaf picker spends almost all her working hours for 30 to 35 years standing before she retires. I took this photograph of woman returning after picking up the tealeaf in Srimongol tea garden, Moulvibazar in September 30, 2010. 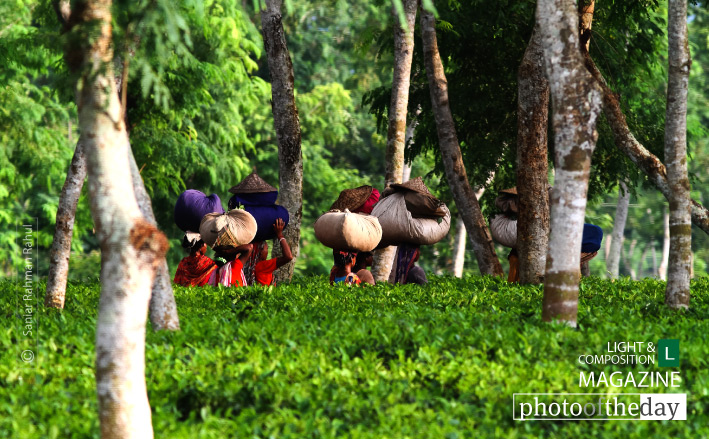 Subscribe Now
Rocks at the Gate, by Joe Azure

Beauty of Mysore, by Sandeep Chandra
Scroll to top