Mongolia in winter is desolate especially the landscape between towns. This photo was taken during one of our pit stops to stretch ourselves after many hours on the road to Murun. We saw a group of horses grazing and I decided to make a picture of the horses grazing amidst the grandeur of the mountains behind them. 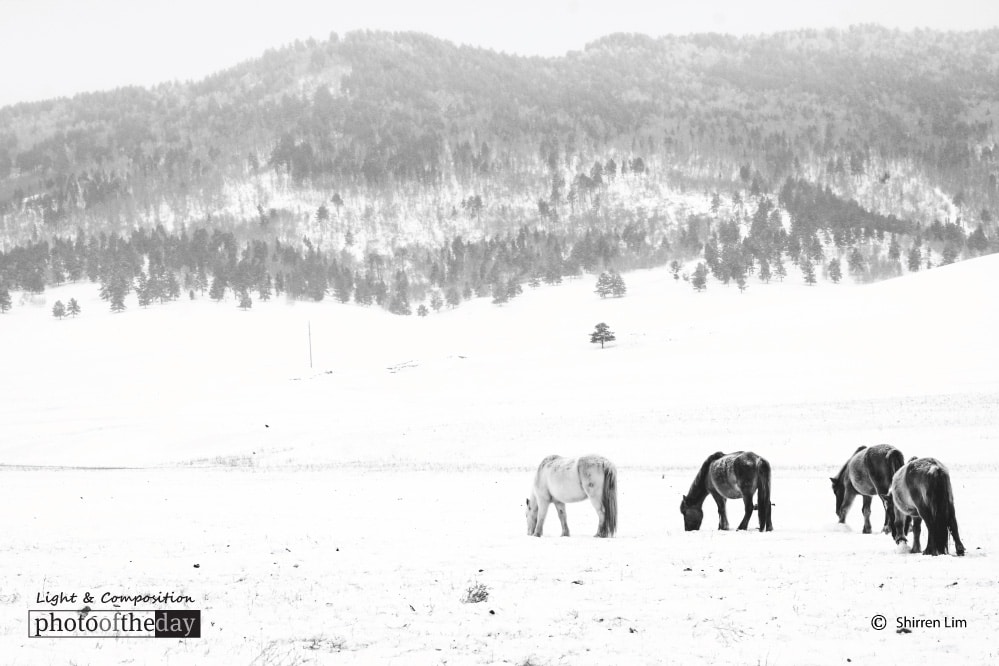 A Man, a Boy, and a Camel by Shirren Lim
0 reviews