Sometimes I wonder, is it really us humans that have built such great civilization? From poetry to spaceship, how is it possible to reach such height with all the inherent darkness within? Yet man creates, and he creates magic! Let me show you. The magical monument in the photo is Ahsan Manzil. It was the official residential palace of the Dhaka Nawab Family. Photographe Tanmoy Saha Turja took this snap from the banks of the Buriganga River in Bangladesh. Isn’t it exquisite? 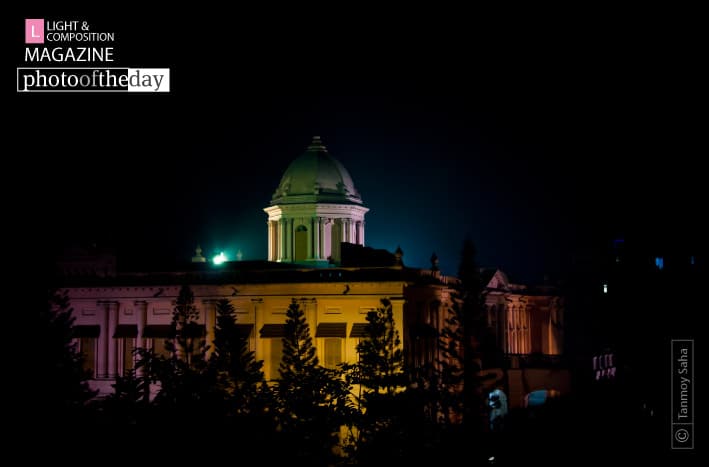 Looking back to its history, during the Mughal Period, Sheikh Enayetullah’s the illustrious landlord of Jalapur Garden House was situated here. In about the year 1740, his son Sheikh Motiullah, sold the Graden House to the French traders who used it as their business center. Khwaja Alimullah, the father of Nawab Adul Ghani, purchased that French trading center building in 1830 and renovated it into his residence. Nawab Abdul Ghani built an enormous palace on the eastern side of the kuthi and named it Ahsan Manzil after his son, Khwaja Ahsanullah. Recognizing the historical and architectural importance of the Ahsan Manzil, the government of Bangladesh took the initiative to renovate it. In 1985 Ahsan Manzil and its surroundings were acquired. After the completion of the renovation work in 1992 under the supervision of the Directorate of Public Works and Architecture, it was brought under the control of Bangladesh National Museum.

Source:
Photo of the Day | January 24 | The Inner Colour of Ahsan Manjil, by Tanmoy Saha

Flash Back of Panam City, by Tanmoy Saha

Looking for Food, by Tanmoy Saha

A Journey to Never Never Land

Deep Inside of Ratargul, by Tanmoy Saha
1 review

Between Love and Hate
Scroll to top