Photograph of a Muslim woman with her little boy in the street of Uskadar. Uskadar is a religious neighborhood and in there you can find far more people who are conservatively dressed. It is the largest and densely populated district and municipality of Istanbul. 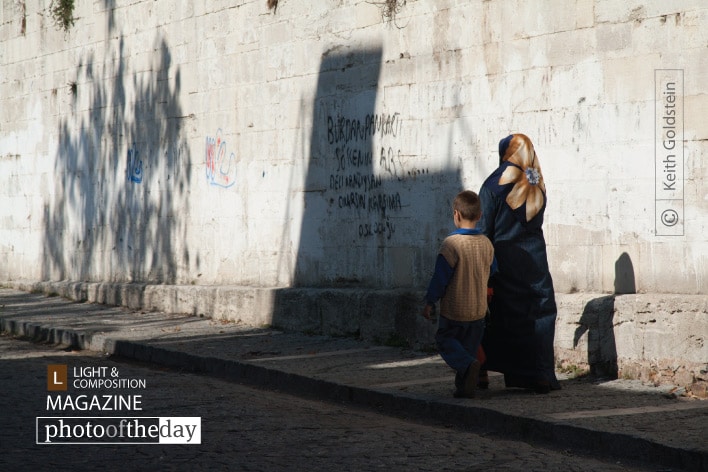