The building was erected over a lake and basement was full of water which created a vortex mirror image which looked like a Kiefer painting. 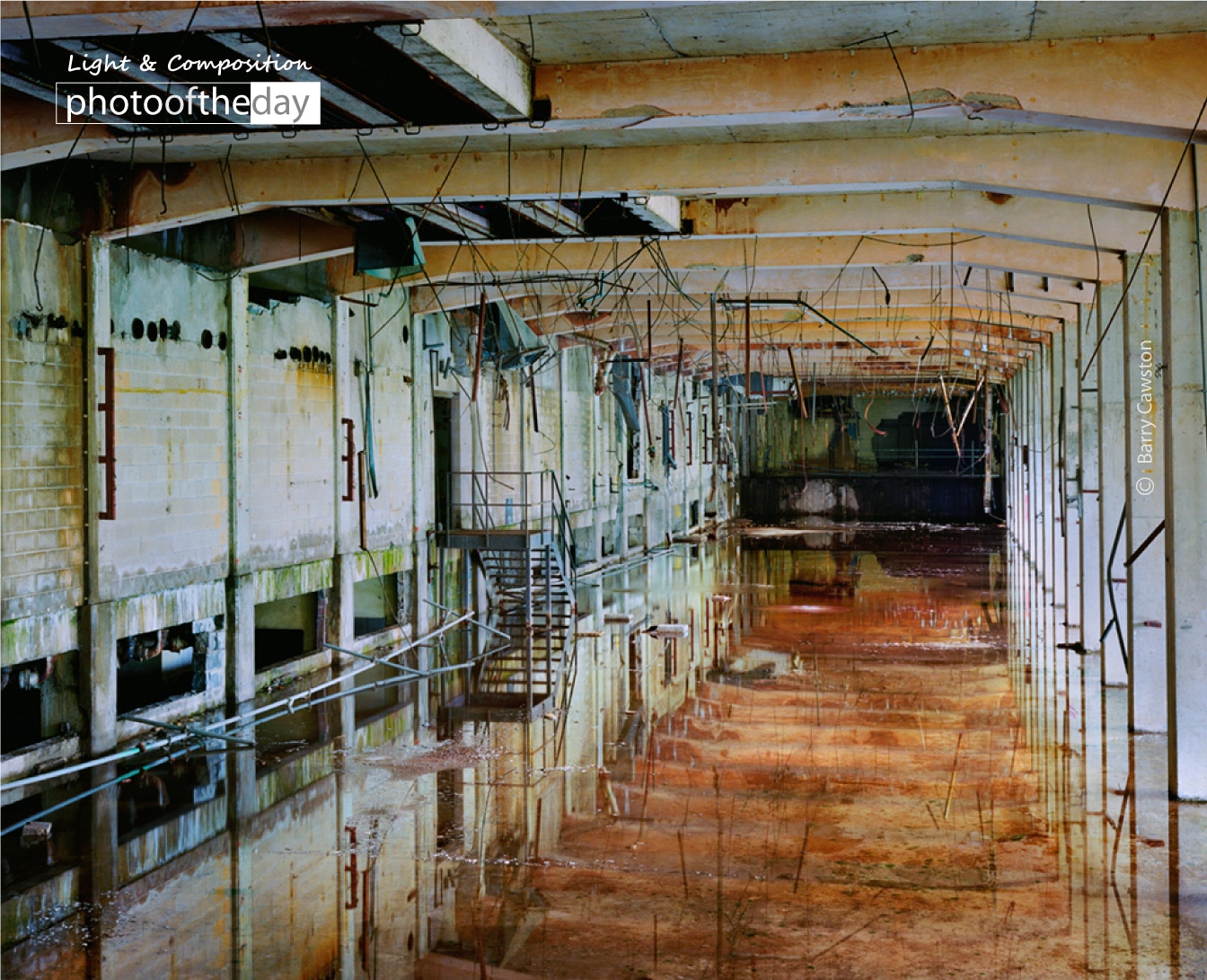 Photographer: Barry Cawston (Axbridge Somerset, UK) Registered
Barry Cawston is a freelance photographer with a client list that includes English Heritage, The Guardian & The Sunday Telegraph. He also runs The Drugstore Gallery with my partner Soraya Schofield which showcases our work and eight other photographers. We have taken the gallery to the Affordable Art Fairs in Bristol, London & Paris and hope to exhibit at the New York AAF in 2012. He has won several awards for his photography Including The South West Art Award in 2011, the British Journal of Photography, Nikon Endframe Award. He has being featured in a TV art program called “‘Show Me the Monet” this May. He has recently had two solo shows in London, one at Capital Culture In Covent Garden and the other at Sarah Myerscough Fine Art in Mayfair ( who now represents me). He is hoping to do the Trans -Siberian Railway this summer for a show at Sarah Myerscough and in an art centre in St Petersbugh next year.
Barry’s work is quite varied but largely shot on a large format field camera and printed by himself in a traditional colour darkroom set up in the gallery. He trys and bring out the emotional element of an image in the print and often enlarge the prints to one or two meters.

From the Past to the Future by Kirsten Bruening