On my Northern India trip, I stopped by Varanasi to witness the Ganga Aarti. An aarti is a devotional ritual that uses fire as an offering. It’s usually made in the form of a lit lamp, and in the case of the Ganges River, a small diya with a candle and flowers that’s floated down the river. The offering is made to the Goddess Ganga, also affectionately referred to as Maa Ganga, goddess of the holiest river in India. I took a lot of photos during the performance. This is one of the few I like best. 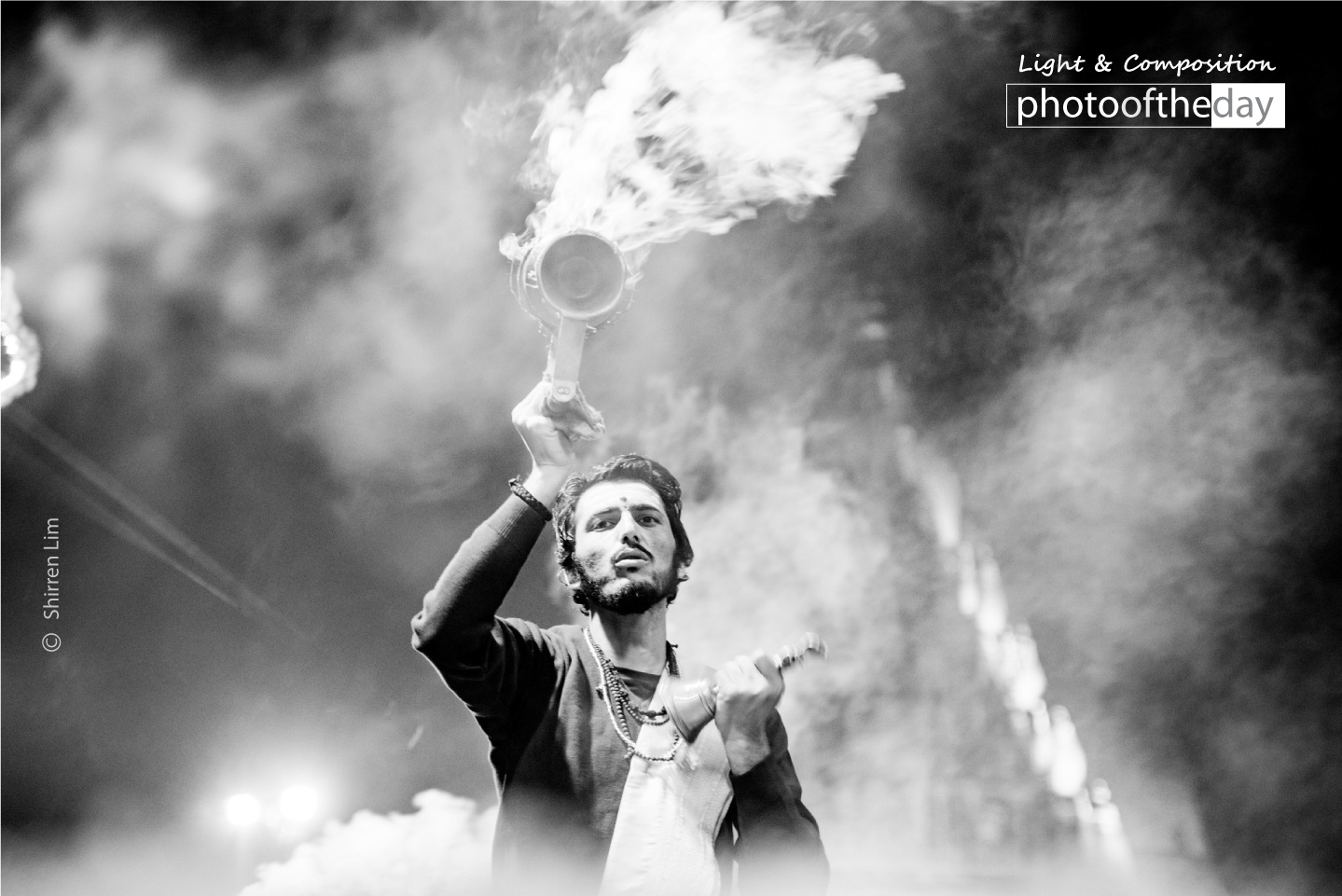