While exploring Mongolia, we went to visit the eagle hunter village in at Modon Hoshoo, Saksai Village, Western Mongolia. The whole family stood outside their yurt to greet us with a warm welcome. We were all very touched and surprised at this unexpected reception.Once introductions were made, I took a portrait shot of each of the male members of the family. This is one of the sons. His name is Holganat. 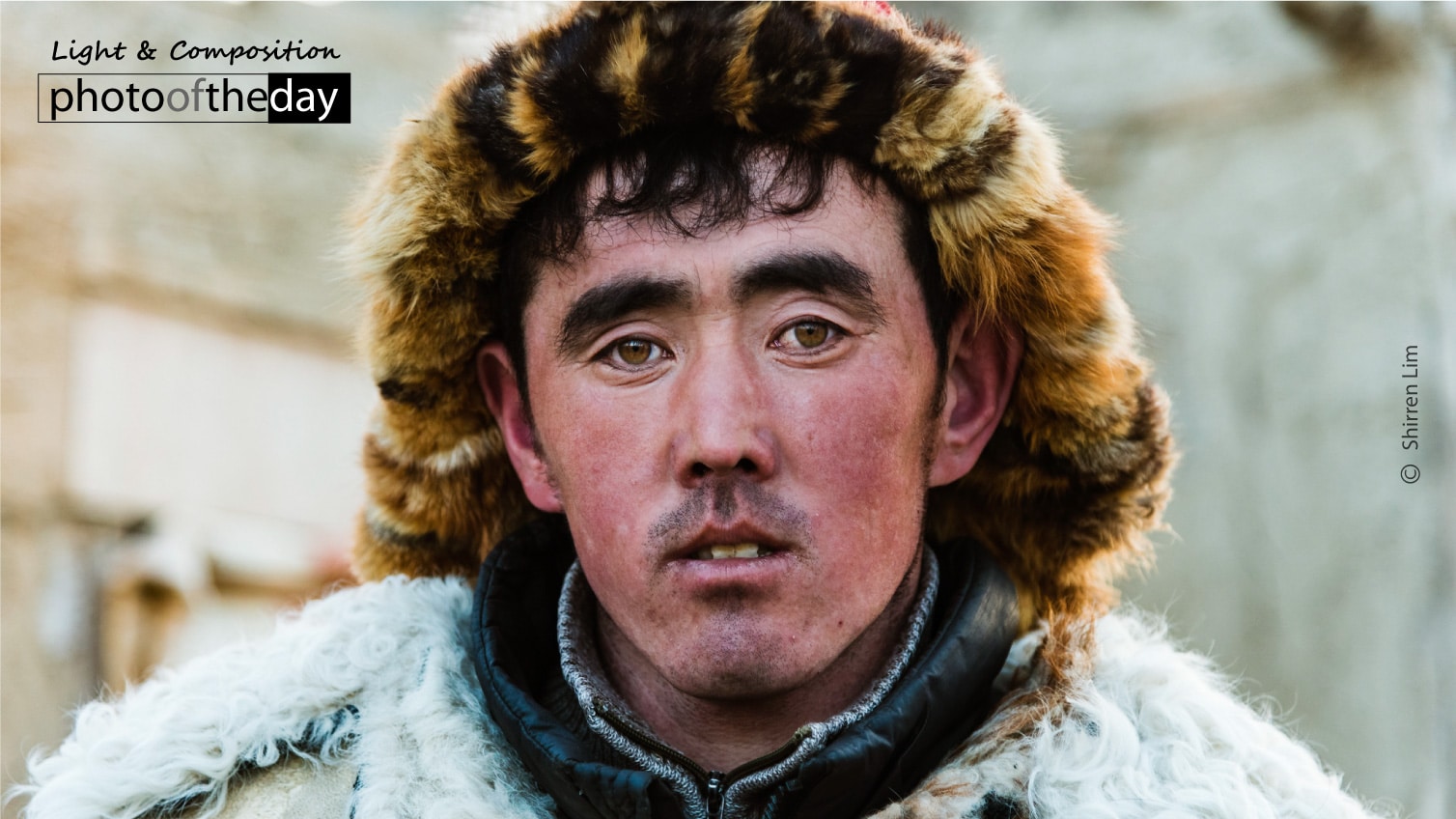 The Woman in Romania by Willeke Tjassens

Interruption in Playtime, by Abhishek Dutta