While walking and wandering, I accidentally discovered the garden of the Hotel de Sens in Paris. Feeling exhausted, I sat in the garden to admire the beauty of the exquisitely maintained grounds. This group of yellow daisies was being devoured by bees and lady bugs. 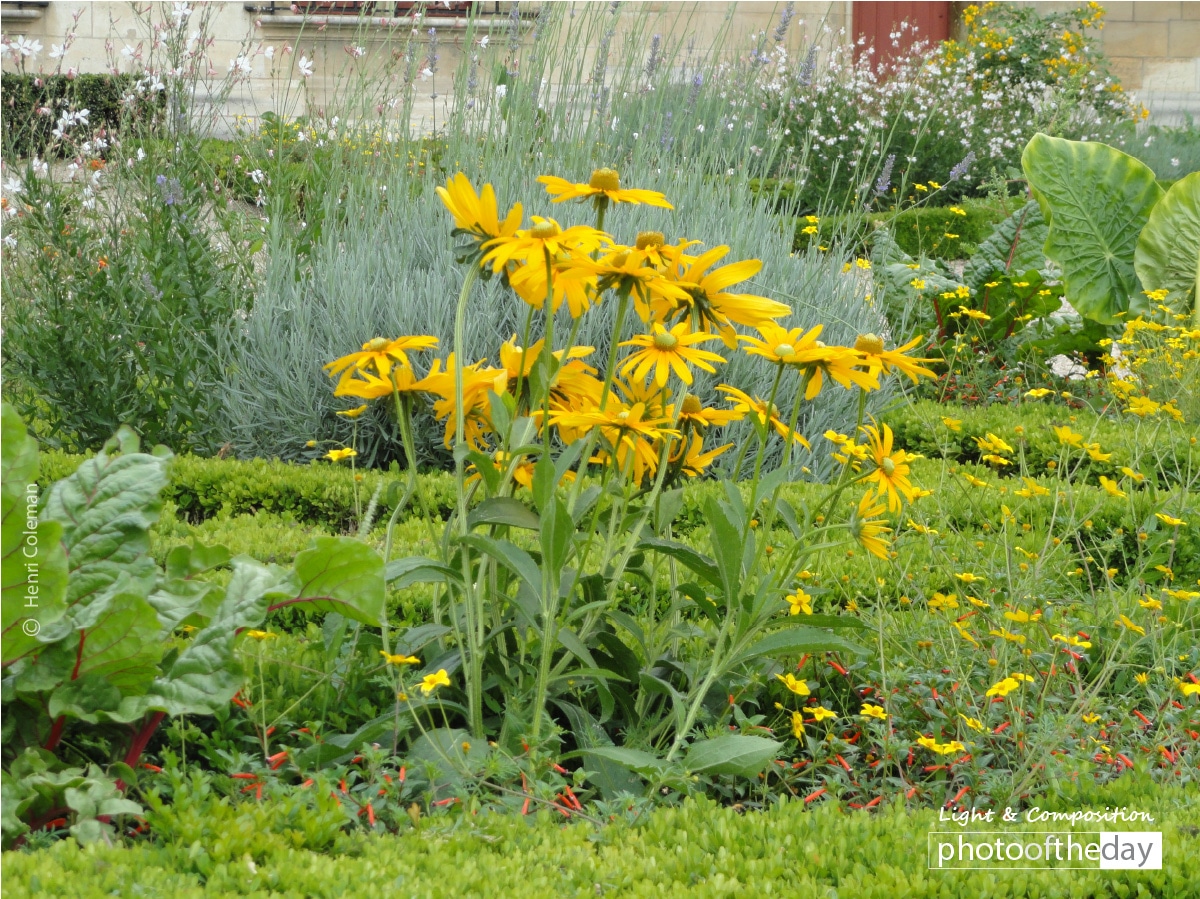 A View from the Stairs, by Siew Bee Lim

Canvas of Colors, by Dawid Theron

Thank you for your comments Pino and Karene!

I am one of Henri’s followers, and I am so glad you selected this beautiful photo of hers!