This photograph was taken at the Liverpool Train Station in London back in 2013. I wanted to experiment with long exposure photography on my iPhone by then. I looked around for a higher place and settled for this bridge overlooking the concourse area. I took this angle with various time-lapse duration. I like this the best. 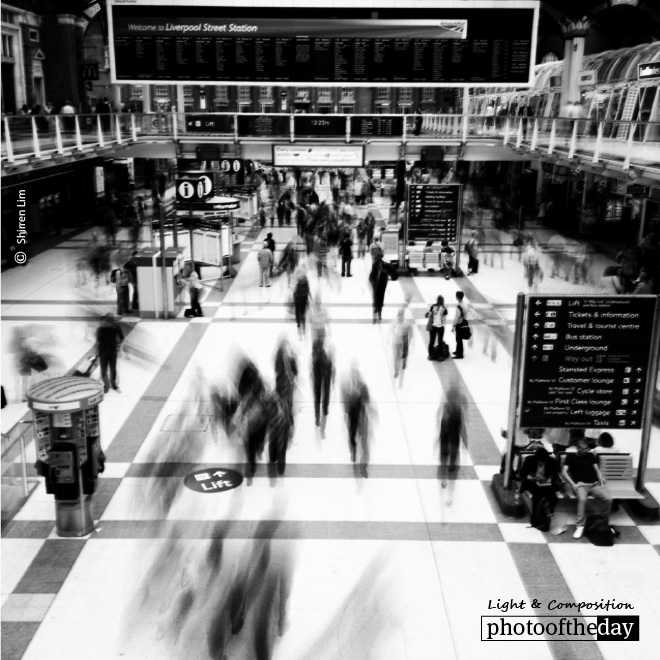 Subscribe Now
A Street Photograph in India, by Kristian Bertel

Benches on the Walls, by Tisha Clinkenbeard
Scroll to top wpDiscuz