Taken at Jahangirnagar University, Savar, Dhaka, one of the well-known places for bird watching in Bangladesh, these are scaly-breasted munia or also known as spotted munia is a sparrow-sized estrildid finch native to tropical Asia. The adult is brown above and has a dark conical bill. This munia eats mainly grass seeds apart from berries and small insects. 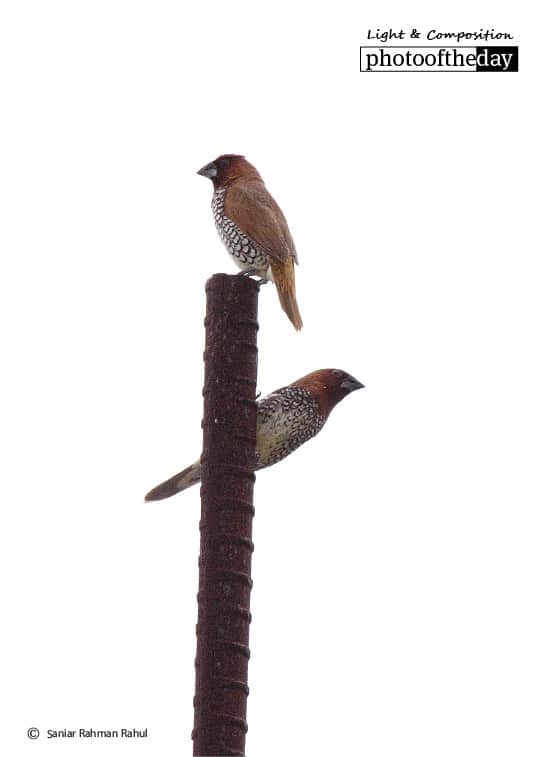 Flash Back of Panam City, by Tanmoy Saha