Taken at Poshuar Haor, Sunamganj, Bangladesh, these are Spot-billed Ducks, breed in tropical and eastern Asia. They are around the same size as a mallard and have a scaly patterned body with a green speculum and a band of white tertials that become prominent in flight. At rest the white stripe stands out and the long neck and the bill with yellow tip and orange red spots at the base are distinctive in the nominate subspecies. 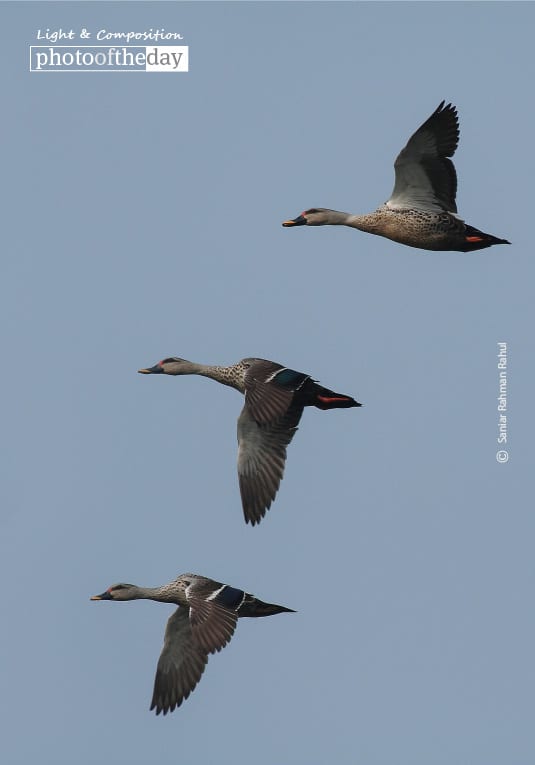 Going to School, by Mamunur Rashid