We were at the famous Shibuya crossing. I was next to the designated smoking zone and love the way the reflections worked in this shot. 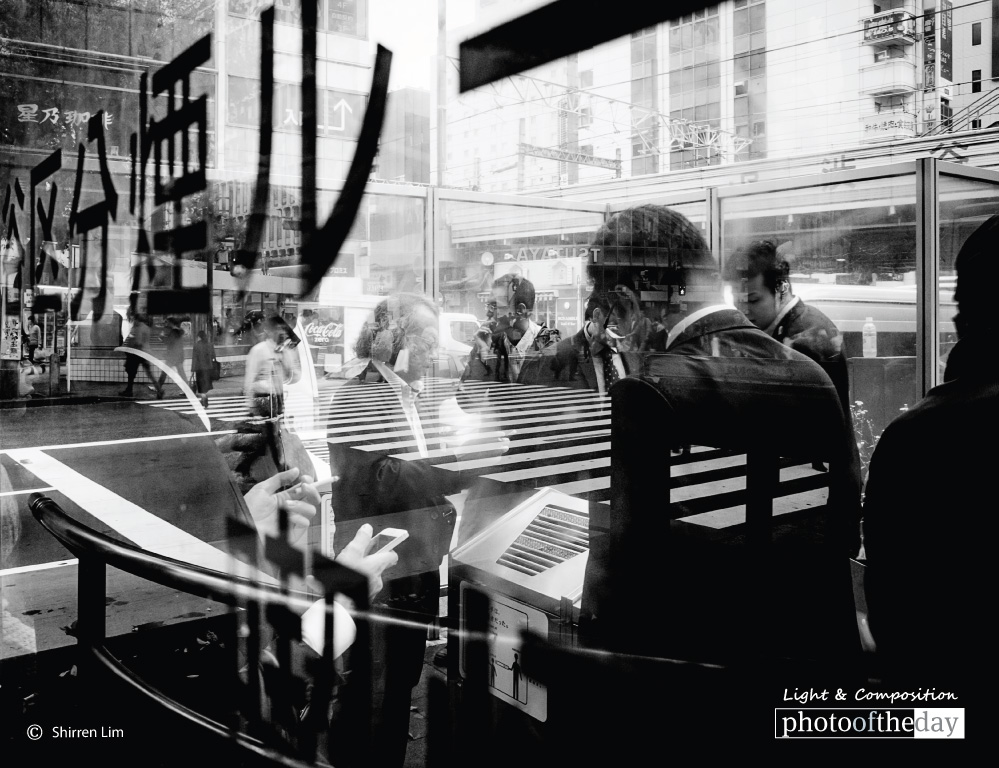