This small and beautiful spider was loitering around in my garden, when I was trying to shoot the small devil kept on jumping towards the lens (the best self-defense being the offence), I kept myself cool and waited an hour, after that it got exhausted and I could shoot it point blank. 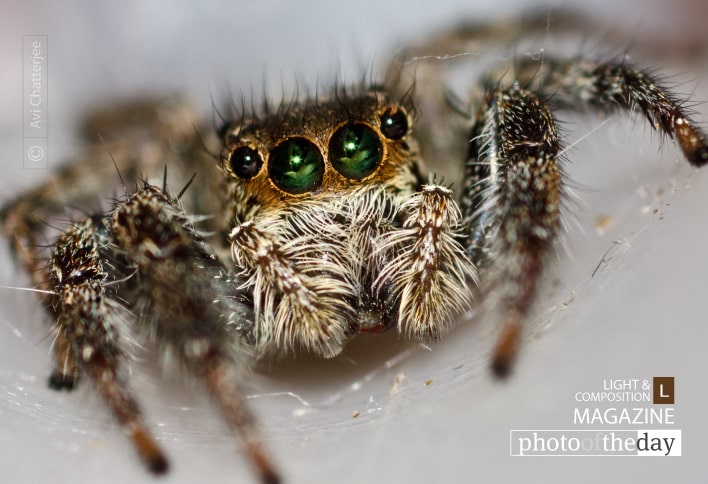 The Early Stage of a Butterfly, by Tanmoy Saha

The Monk by Sourav Das

Top of the Rock, by Stephanie Gillis
Scroll to top wpDiscuz