I took this shot during my recent trip to Abu Dhabi to shoot Sheikh Zayed Mosque, a great architectural beauty which is equally great during night time. Using a tripod and a long exposure, I shot this with a wide angle lens that given you the extra dimensional feeling of its vastness. 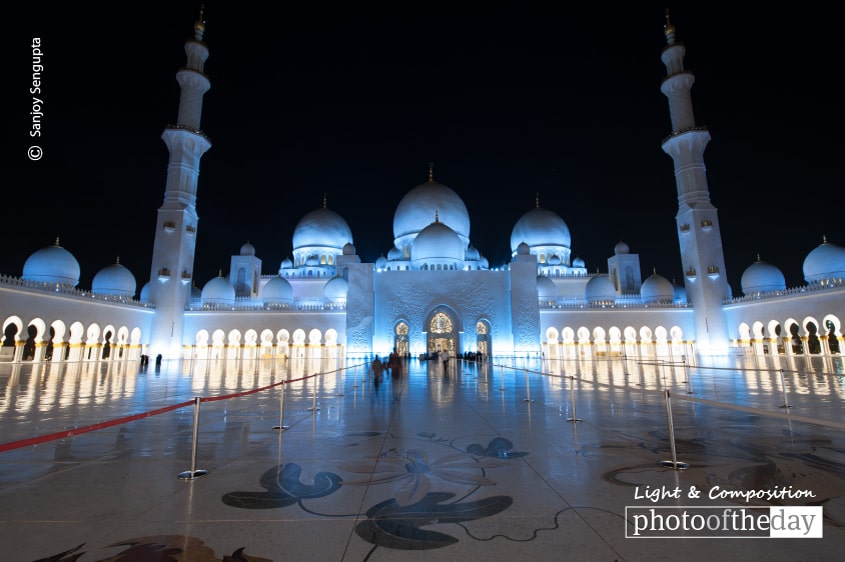 Photographer: Sanjoy Sengupta (Muscat, Oman) Registered
Starting from a hotshot point and shoot camera in late 80s to a Nikon FM10 film camera in late 90s, Sanjoy Sengupta used to get 32 out of 36 exposure wrong to a day of digital cameras like canon Powershot A520 and a decent hybrid version canon SX20IS, which were with him wherever he went to capture some beautiful moments, moments of life which would be cherished forever. Then when he finally could not resist the alluring pricy Nikon DSLR, his actual learning started from that moment.

Life by the Lake, by Sanjoy Sengupta

Hide and Seek, by Ann Arthur
Scroll to top wpDiscuz