I was staying in a hotel and as the lift took off already, I decided to use the stairs. That’s when I came across this wonder! Golden handrail, all in spiral format. It was a beautiful surprise!!! 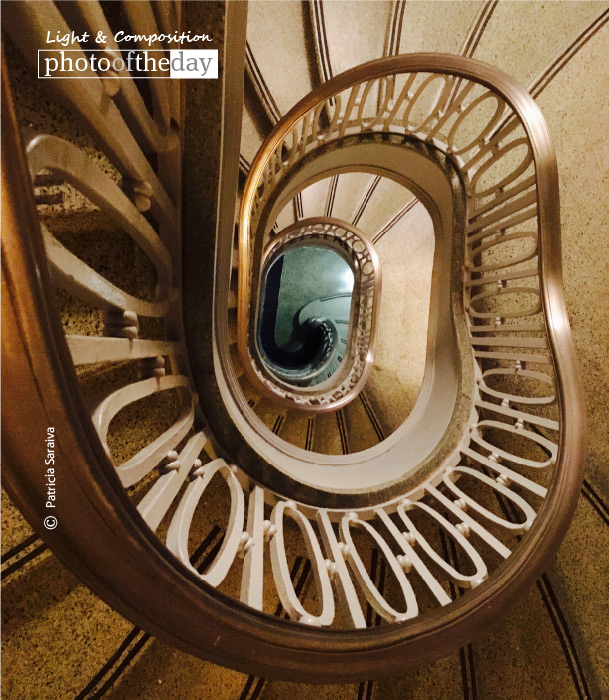 To the Sea, by Sébastien Beun