I was cruising along the highway after visiting Lake Namtso when I saw this old lady shepherding her yaks. It made such a beautiful picture in my head with the slow moving clouds and mountains in the background that I had to stop the car and hop out to take the shot. 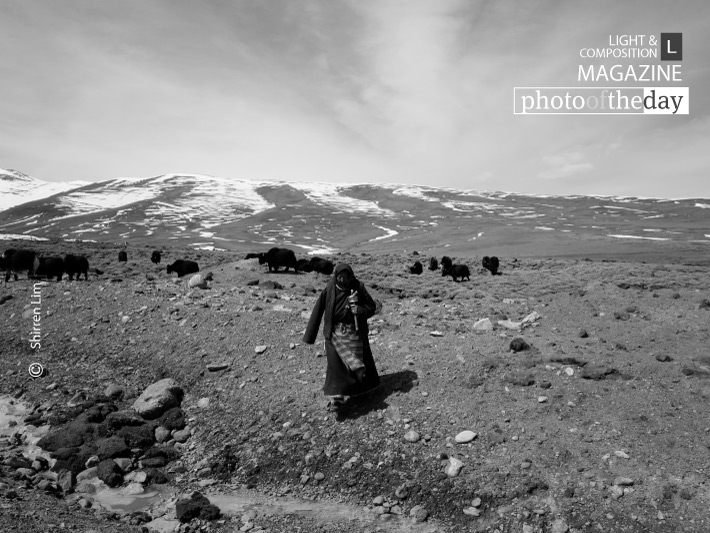