The Half Dome at Yosemite National Park, California, USA was short before sunset in June, 2004. It was a race against time, but in the end, I could take a photograph of this unique rock formation from Glacier Point. 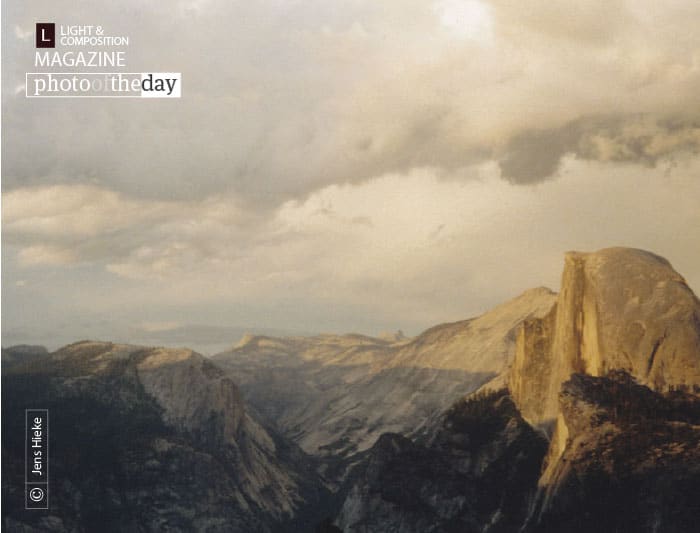 35mm Canon Prima with fil
Half Dome, by Jens Hieke

Silhouettes in the Blood Red, by Jens Hieke