On the eastern shore of the Salton Sea is one of my favorite places to watch the sun set in the area. I had been shooting all day and headed to my favorite spot near an abandoned pier in Bombay Beach. It was a particularly great night to shoot with just enough clouds to give awesome texture and reflections on the Salton Sea as the sky just exploded with color while the day came to an end. The lonely light post and forgotten pier, both reminders of better days for the town, added a great contrast. 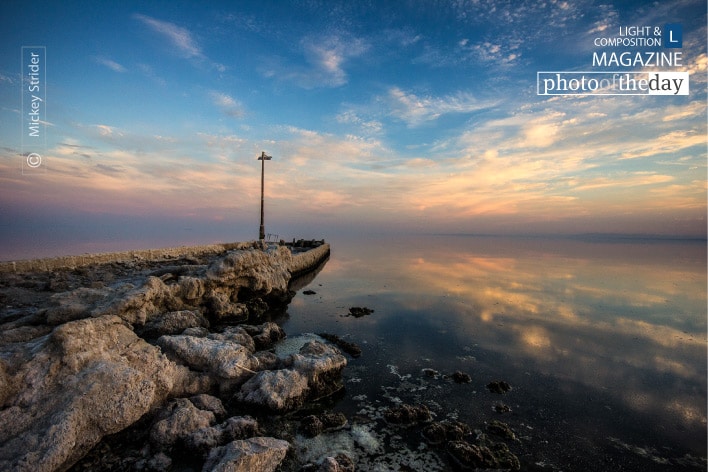 The Wait by Jose Juniel Rivera-Negron

The Guidance, by Zahraa Al Hassani