This shot was taken during my visit to Dumka, Jharkhand (India) to see the Massanjore Dam. In this shot, the blurry scene of the Mayurakshi River. I saw a few boatmen sailing in the river. After I was done with taking the landscape scenery of the river… I thought of shooting one of these boatmen sailing. I tried to capture the moment as a surreal scene. So I used a very slow shutter speed and hand held my camera. It was a challenge of course ! The end result, surprised me ! It was during the dusk when I was shooting, and the Light was quite low… but the shot came very Vibrant ! I even saw the reflection of the clouds in the water. 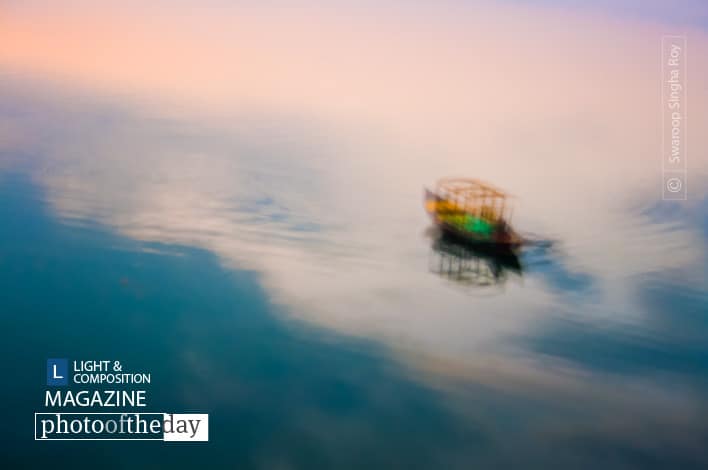 Photographer: Swaroop Singha Roy (Kolkata, West Bengal, India) Registered
Swaroop Singha Roy – A shutter bug from Kolkata with a knack for music and wildlife. A funny, happy go lucky boy who loves to Love the beautiful creations of nature. The innocent animals have a special place in his heart. Since his childhood, Swaroop had this habit (maybe a bad habit) of snatching a camera from his dad and trying to figure out which button makes the “Snap” sound! Then, the day finally came when he got his first camera – yes, it was a film-roll one, and that was the day he realized he needs to do something big with this. Now, armed with his digital photographic stuff, he loves to go around the city, village or anywhere in this big beautiful world and shoot at sight. Photographing Animals is what he likes the most. Photography to him is a means of expressing his thoughts.

Enjoying Her Chips by Abbas Jambughodawala