Tangasseri Point Lighthouse station, Quilon/ Kollam (08 °52.7’ N 76°34.0’ E). The British East India Co. had factories at Tellicherry & Anjengo and other interests along the coast. To assist their fleet they raised a column at this site during the mid 19th century and placed on it an oil lamp. The present Tangasseri Point Lighthouse tower was established in 1902. This tower (42m above MSL) has a brick masonry murette (Red and White diagonal stripes) with wooden lining inside. The present light source is a 230V 400 W metal halide lamp (which flashes White thrice every 15 seconds having a range of 20 nautical miles) was put in to operation on 15th May 1994. 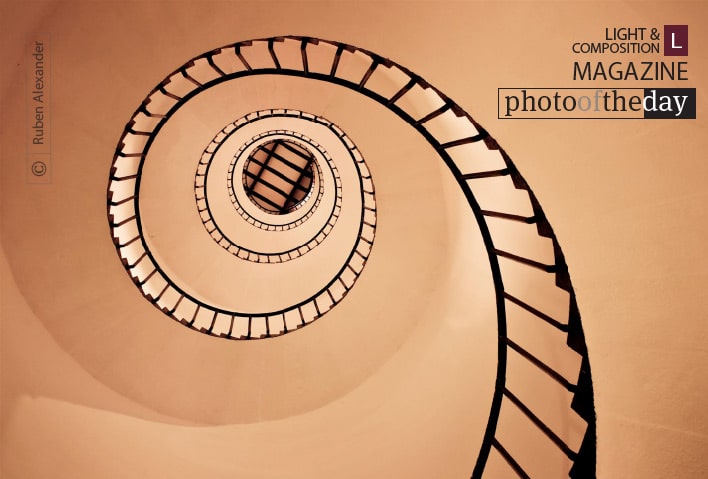 Photographer: Ruben Alexander (Bangalore, India) Registered
Ruben Alexander hails from Bangalore, India. He pursues left brained activity as a techie in the IT industry and right brained activity as a self-taught rookie photographer. Photography and photos have always piqued his interest. Photography to him is a means to express his creativity and at the same time a great stress buster. Most of his current photography work revolves around nature, macro and a few creative still shots. Landscape, Portrait, Travel and Street photography interest him and he plans to delve into them as he progresses on his learning curve.

Melody of Lights, by Liton Chowdhury

Reflection and Synchronization by Somayeh Mastanishirazi

Boys behind the Curtains by Lavi Dhurve

Returning From Kumbha, by Nirupam Roy

Congrats to the winner, beautiful work.