I was visiting Grand Canyon in Arizona for the first time in my life in October, 2012. My wife suggested we take helicopter flight over canyon. It were five tourists in the cabin, and I was lucky to be front seated, next to pilot window. I took this photograph from the helicopter, pointing top-down to Colorado river. There is no camera in the world which is able to show all the beauty of this place. Mountain formations along the river show multiple of colors created by centuries of joint work of sun, wind, water and temperature. Probably, because of the helicopter window, the picture is a bit ‘milky’, even despite I tried to use short shutter speed to avoid vibration. 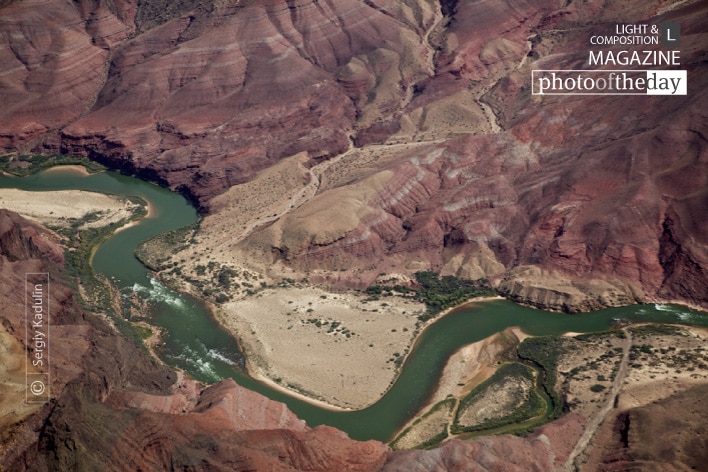 Castle on the Water, by Stephanie Gillis

Alone on a Bridge by Jose Juniel Rivera-Negron

Nice red canyon with long river from the above.

An Exclusive Interview with Faisal Khan
Scroll to top wpDiscuz