This photo was taken at the Pottery town, in the heart of modern city of Bangalore. Though they called it a town, its a small lane of 30-40 household, where its people still keep the ancient art alive. They create earthen pots, diyas (earthen lamps) mostly, but they also create very small miniature idols according to seasons. 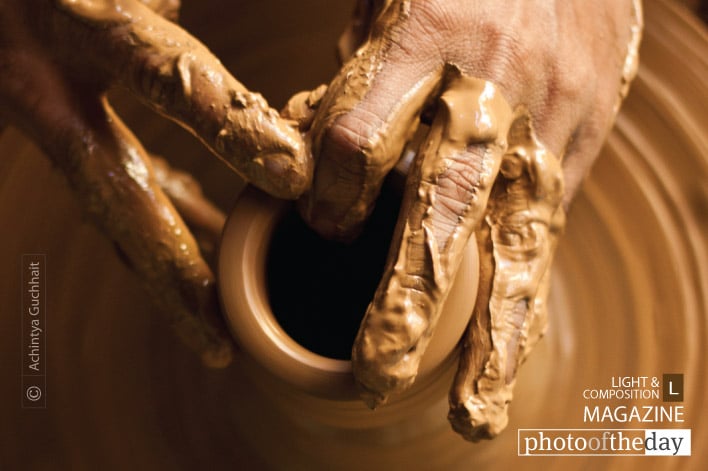 Couple from Opposite Dimension, by Arnold Chan

Good job, hope to see more of your pictures