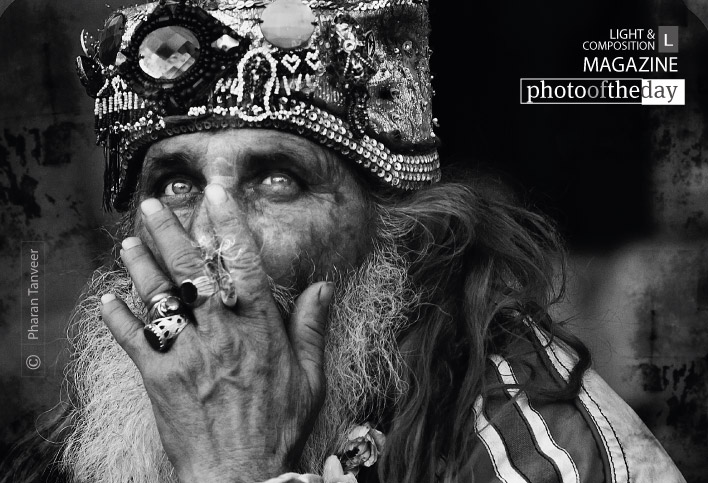 Looking at the photograph, you can also notice, the old man is so far away from the teaching of Islam, that he was intoxicated himself with marijuana and tobacco. Though the photograph was taken in Lahore, Pakistan, but this is a very common scene also in India, and other South Asian countries. Being ignorant, a vast number of people form the West, think this as part of religion, where as ornate tombs and decorated graves, along with festivals of commemoration and adoration has led to great misguidance in religion.

Photographer: Pharan Tanveer (Lahore, Pakistan) Registered
Pharan Tanveer is a student of bachelor at Lahore University of Management Sciences, but does photography more than he visits classes or read books. He has spent most of his time to strengthen his grip on this passion of his, which to some extent is like a fuel that keeps him running. Photography is something that he inherited from his father, Tanveer Ahmad, who has always been a benchmark for him.

The Kindness of Nepalese People by Ryszard Wierzbicki

A busy Cobbler by Jabbar Jamil

Call for Perseverance, by Yousef Deeb

A Noninterchangeable Lens, by Jabbar Jamil

The photo is great of its kind no doubt…briliant shot!

But the description and the verification of this “sin” from Ahadith is also a Big job!!!…even litterate and educated people commit this sin to this day and discouraging this act on a public forum requires alot of guts! Big job!!