I was strolling in the garden of Westin Prince Hotel, Toronto, when I spotted these lovely bleeding hearts flower plant. There was breeze and bit of low light which was a challenge for me, however after repeated attempts and some patience I was able to shoot it. I used my 150mm Sigma macro lens to get a great DoF.There were so many of them hanging in a queue, reminded me of my college days when lots of hearts would queue in order to get love, but love is won as this one have won mine. 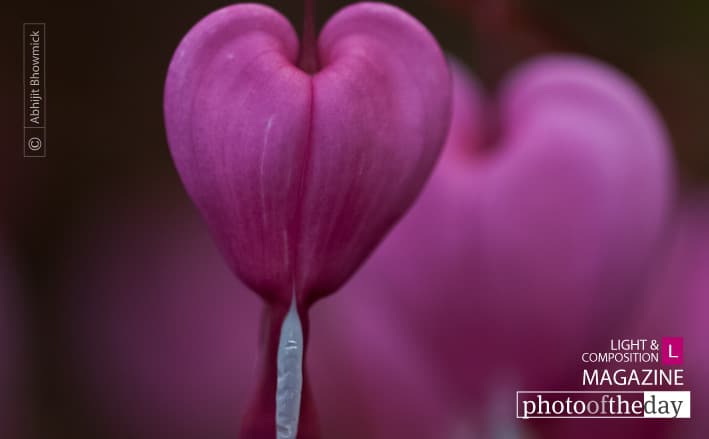 Dewdrops on Flower, by Simran Nanwani

beautiful..really good one. keep it up. :)

Storm Over Vinyard, by Laria Saunders
Scroll to top wpDiscuz