Rubjerg Knude Lighthouse in Jutland Denmark started life on December 27, 1900. The lighthouse is on the top of Lønstrup Klint (cliff), 60 meters above sea level. Until 1908, it operated on gas which it produced from a gasworks on the site. It ceased to operate on August 1, 1968. Shifting sands and coastal erosion led to the buildings being abandoned in 2002. Prior to their abandonment, the buildings had been used as a museum and coffee shop. The small buildings are now partially buried in sand. By 2009 the small buildings had been severely damaged by the pressure of the sand. Today only the lighthouse is left, but not for so many years. 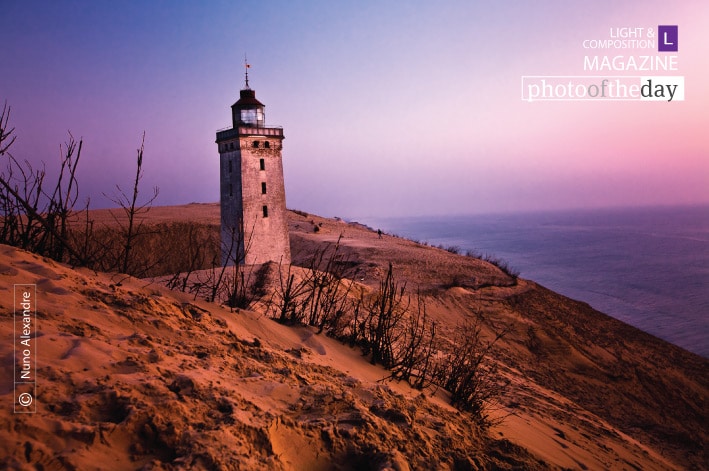 Photographer: Nuno Alexandre (Aalborg, Denmark) Registered
Nuno Alexandre lives in Aalborg, Denmark. He is a freelance photographer, mostly for live performances and journalism. He has been shooting for about 4 years and love photography. Nuno is the Photojournalist for photo agency Demotix.
Portfolio: http://eosphoto.eu
Twitter: http://twitter.com/nunobkk
Facebook: http://www.facebook.com/pages/Nuno-Alexandre-photography/138865849497683

The Beauty of Faytroun, by Zahraa Al Hassani

The Golden Bridge at Kolkata, by Achintya Guchhait
Scroll to top wpDiscuz