One of the crews is closing the parachute valve of a hot air balloon when the hot air balloon is being inflated by the huge fan on the opposite side during the Third Putrajaya International Hot Air Balloon Fiesta held from 17 March 2011 to 21 March 2011 in Putrajaya, Malaysia. I purposely included a human element against a colorful huge hot air balloon at the background to provide a sense of scale just to show how huge the balloon actually is. 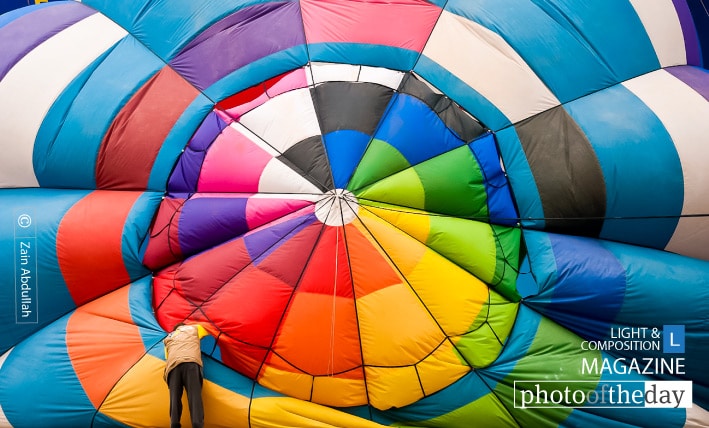 Photographer:Mat Zain Abdullah (Kuala Lumpur, Malaysia)
Zain Abdullah is a Malaysian self-taught photographer who enjoys taking pictures since he took up the hobby in 2003.Â He has fully converted to digital since 2008 and is now using Nikon D80. Some of his photographs have been published by local as well as international magazines although he still prefers to remain as a hobbyist. He loves shooting architecture, people, street scene and landscape most. More of his photographs can be found at his website and his photo blog as provided below.

Muhammad the Messenger of Allah, by Ahmad Jaa

Valley of Haven, by Tathagata Das