Taken at the Chittagong Hill Tracts area in southeastern Bangladesh, this Little Spiderhunter is a species of long-billed nectar-feeding bird in the Nectariniidae family. You can locate them in the moist forests of South and Southeast Asia. They are usually seen in ones or twos and frequently make a tzeck call and are most often found near flowering plants, where they obtain nectar. 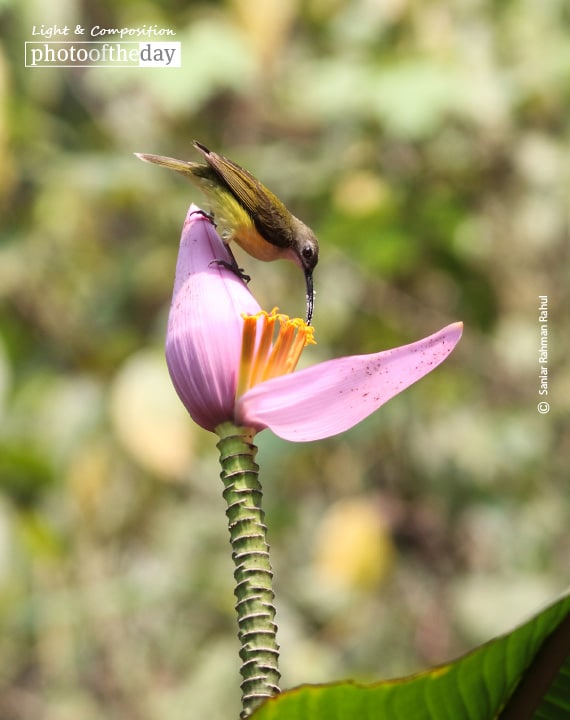 Subscribe Now
Friends on the Bridge, by Ryszard Wierzbicki

A Novice Thinker, by Ryszard Wierzbicki
Scroll to top wpDiscuz