It was 07:03 AM on that 4th of February 2013, when I crossed the Piazzetta on my way to take some shots of the Basino di San Marco and its surroundings. I was quite surprised to see that there was already quite a lot of other photographers out there. But as I had planned to take cityscapes and architecture shots, they were all busy taking pictures of the disguised models posing in front of the beautiful buildings of that wonderful city. 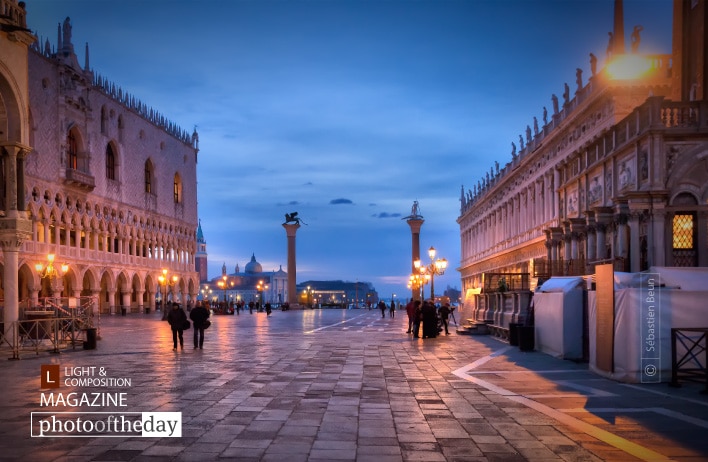