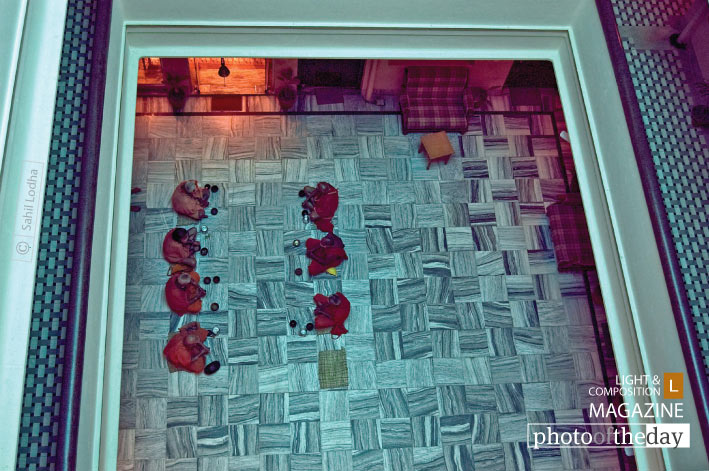 This photograph titled “Lunch Time” was taken by Indian photographer Sahil Lodha in the city of Varanasi, India. It is probably the oldest city in India where worshipers and devotees come in November for a festival wherein the river Ganges is worshiped. Usually they get themselves moment of respite in the nearby ashram. Isn’t the idea different? Share your thoughts with me!

A Prayer for Peace

Walk Alongside the Lights

That the grounded seek the heavens – wether this was the authors intention it literally works at many levels – physical and spiritual.