“What is life? It is the flash of a firefly in the night. It is the breath of a buffalo in the wintertime. It is the little shadow which runs across the grass and loses itself in the sunset.”

Are people uncomfortable with solitude because they so rarely experience it, or do they so rarely experience solitude because they are uncomfortable with it? What’s clear is that most of us persist in equating aloneness with loneliness and company with companionship, despite a lifetime of evidence to the contrary. “We are for the most part more lonely when we go abroad among men than when we stay in our chambers,” aptly said by Henry David Thoreau. Man is designed to live in a society and who defies this is labelled a rebel. 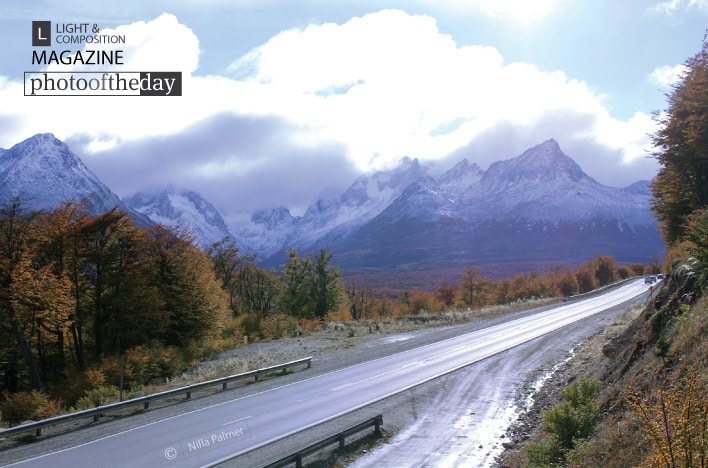 But are we really living alone? Aren’t we becoming more engaged with the world around us in solitude; trees, ocean, and sky? The whole orientation changed. We are social beings, but, even when we’re alone, we’re engaging with the world. What Nilla Palmer (Australia) captured in this photograph of Tierra del Fuego, Argentina is the bleakness of the southernmost tip of the South American continent. The aftermath of heavy rainfall exposed an interminable beauty. The autumnal hues heighten the dramatic backdrop of the snow-capped mountains, which have existed well before the Yagan people. Do you feel a connection with this photo? Does isolation beckon you to be part of it? Share your thoughts…

The Heart of Prayer

A Moment of Sunset

When a Kid Selling Newspaper

The Heirloom Piece of the Building

thanks a lot for the information !

You can contribute by making comments and spread the world about us :)
If you want to contribute more, you can talk with our expert. Inbox us in details

hi , i’m a huge fan of photography how i can contribute in your magazine ,of coure, if it’s possible . thanks in advance .

Just Like That, by Ruben Alexander
Scroll to top wpDiscuz