I often feel confused whether it is the art of magic, or the magic of art that appeals more. In my old days, when I used to play with those clay toy-sand, making my own world with them, I never doubted my artificial world. Now, as time moves on, I feel closer to the belief on the art of magic. Because, it is where the mystery of creation begin, isn’t it? 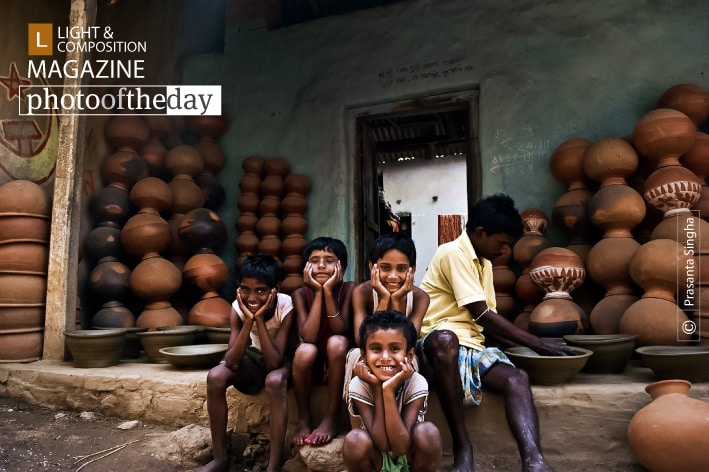 Just look at the photo of Prasanta Singha and compare the lively faces and the artificial ones. Don’t they make you think over the root of life? Think and share with me :)

Article written by: Ridita Mizan
Edited by: Muhammed Nafeezul Bari
Inspired by: Photo of the Day | June 09 | Folks at Panchmura, by Prasanta Singhaa

The Calling for Peace and Tranquility

Through the Magic Lens

Just a Smile that Counts

Beyond the Modern Civilization, by Anup Kar
Scroll to top wpDiscuz