As a symbol of Islamic architecture, Masjid plays an important role in reflecting the obedience to the Almighty. In the history of Islamic art and architecture it is normally portrayed by its motifs, and ornamentation applied to the surfaces of the buildings. Contemporary Masjid, on the other hand, portrays its aesthetical quality through their majestic looks, emphasized by the existence of domes and minarets.

But the beauty of Masjid is how it encourages people to pray in congregation, stand shoulder-to-shoulder, regardless of rich or poor, removing the false pride from one’s heart, and seeking only the pleasure of one true Almighty, the Cherisher and Sustainer of the worlds. Here they interact with each other on a basis of love and cooperation. This is the spirit in which Masjid are built, indeed it is the spirit in which they should be built. Otherwise, a beautiful building in itself will tell nothing of its own. 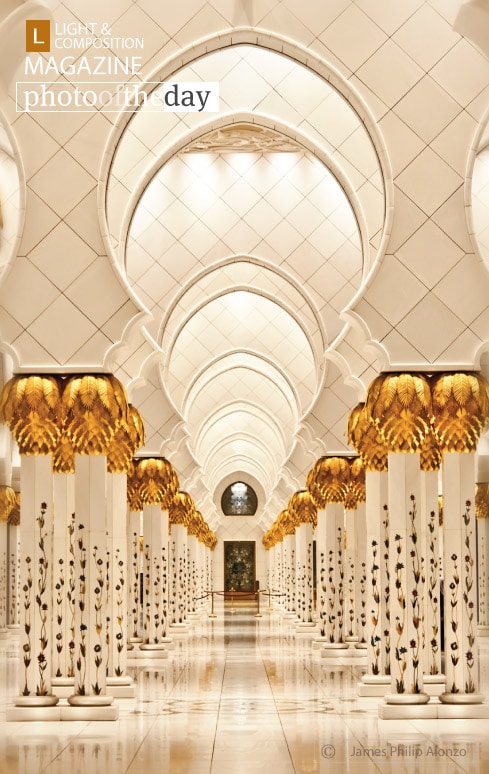 Photographer: Jim Alonzo (Sharjah, United Arab Emirates) took the photograph of Sheikh Zayed Mosque, the largest mosque in the UAE. During Eid, more than forty thousand people visits there to perform their prayers. The design of the Sheikh Zayed Mosque was inspired by both Mughal and Moorish mosque architecture, particularly the Badshahi Mosque in Lahore and the Hassan II Mosque in Casablanca being the direct influences. This was taken an hour before the mosque closes for the evening.

Source:
Photo of the Day | April 27 | Pillars, by Jim Alonzo

The Eyes Said It All

The Heaven on Earth

The Crossroads of the World

The Bratpack in Action, by Jim Alonzo

Very exciting for Spirituality to the Human-beings…