We did family travel to Georgia (Central Asia) in June 2012. Georgia is ancient country with number of interesting places to visit. We drove by car from the capital, Tbilisi, across the country, to the Black Sea coast, and stayed overnight in Batumi. On the day of arrival we had dinner in the restaurant on the beach, and were lucky to catch beautiful sunset. Sun was approaching horizon in the clear sky, however just before it touched sea, quite large cloud appeared from nowhere, and made this great composition. I didn’t have tripod with me, but used table and a plate to stabilize camera. 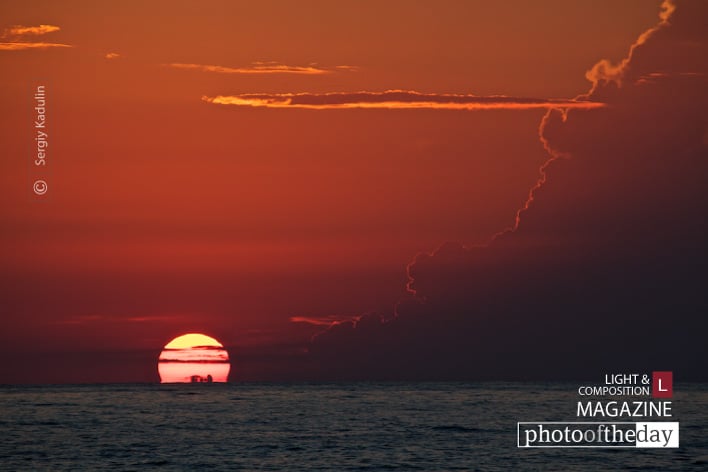