During my party over the steamboat I was able to capture this magnificent sunset with the sun getting trapped in the majestic bridge named Fred Hartman. I thought the water had turned into a golden river. 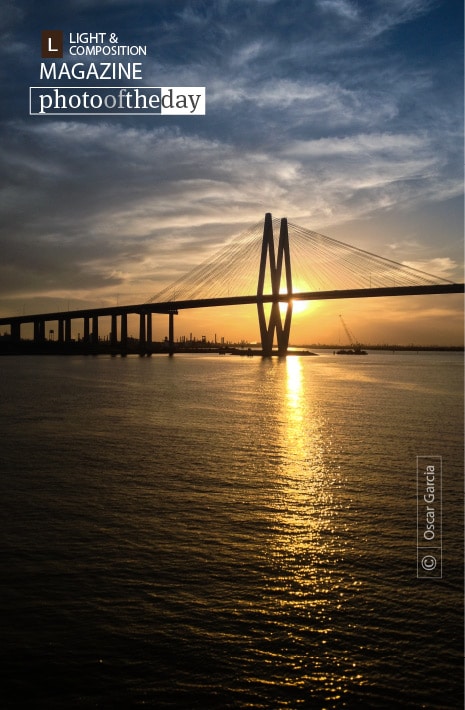 Riding Into the Sunset, by Jon Rendell

Friends at Sunset, by Ronnie Glover

Green and Raindrops, by Tisha Clinkenbeard